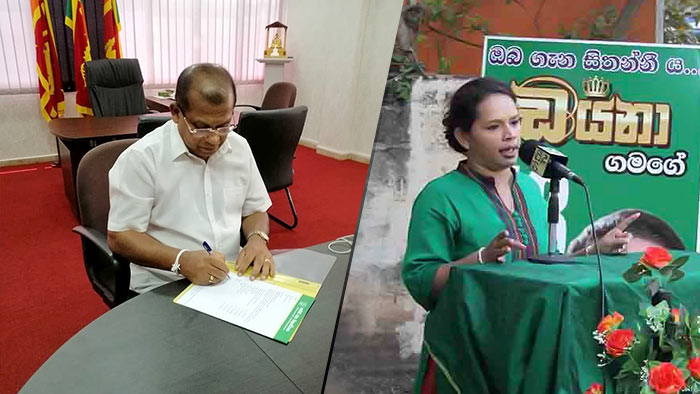 General Secretary of the Samagi Jana Balawegaya, Parliamentarian Ranjith Madduma Bandara said disciplinary action will be taken against SJB National list MP Diana Gamage who voted in favour of the 20th Amendment to the Constitution.

He noted the SJB MP disregarded the party’s decision and voted with the government, adding therefore necessary action will be taken.

MP Madduma Bandara said MP Gamage was appointed to Parliament through the national list to represent all women in the country, but she had humiliated the entire female fraternity with her actions.

He said attorneys will be consulted on the matter and stressed disciplinary action will be taken.

On a separate note, MP Madduma Bandara claimed the passing of the 20th Amendment to the Constitution will mark the beginning of the end for the present government.

He charged the new Constitutional Amendment was brought to create a dictatorial rule, to empower a family and to bring American citizens to Parliament.

MP Bandara noted the opposition could not support such proposals and therefore voted against it.