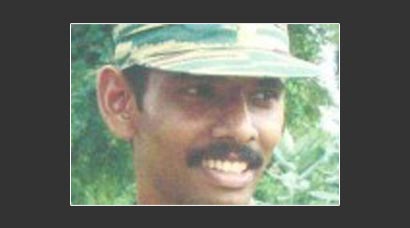 Sri Lanka would keep a close watch on the developments in the probe against leading LTTE activist Perimpanayagam Sivaparan alias Nediyavan who was arrested in Oslo, an External Affairs Ministry official said. He said that the officials would keep track of the case and charges leveled and make inquiries into the alleged terrorist activities of Nediyavan affecting Sri Lanka.

Nediyavan, according to media reports. was arrested on charges of alleged illegal fund raising and terrorist activities.

Meanwhile, Norwegian Opposition Conservation Party Defence and Security Committee Chairman Peter Gitmark has said that Norway must follow the European Union and proscribe the LTTE in the country.

‘It is wrong to allow the LTTE to operate in Norway,’ he told the BBC.

Confirming the recent detention of a leading LTTE activist by the Norwegian police, the MP said Sivaparan is wanted by the Dutch police. ‘We have an investigative team coming from the Netherlands to question him.

‘I also hope the Norwegian police would be able to interrogate this man to shed information on the LTTE activities in Norway,’ said Gitmark.

He also claimed that there are recent reports of LTTE illegal fund raising in Norway.

“I think it is not in the interest of the people of Sri Lanka for the LTTE to raise money in Norway and other places to renew its violent struggle against the government of Sri Lanka,” the Conservative Party MP told the BBC.

“There had been numerous recent reports on the LTTE raising money in Norway. I have urged the Norwegian police to take immediate action to see if this is the case and if that is the case to punish the responsible”.

Dutch police however had not revealed the details of Nediyavan’s interrogation, the BBC said. In April 2010, Police in the Netherlands arrested several Tamil community leaders in the country.

“Among the suspects are the leaders of various organizations of Tamils in the Netherlands, which probably play a role in the international network of the LTTE,” the Justice Ministry said in a statement.

According to reports Nediyavan is believed to be a key member of the overseas network of the LTTE, which is banned in 33 countries including the USA, UK, Australia and European Union but not in Norway.

Meanwhile, Norway News said, Nediyawan is a prominent figure and new leader to the LTTE who had to explain himself behind closed doors to Dutch authorities in a judicial interrogation at Oslo District Court on Wednesday and Thursday.

A Dutch judge and five Dutch Defence Attorneys are in Norway to interrogate Nediyavan, who is a resident of Norway. Nediyavan is to be interrogated over two days, and is pointed out by several people to be a key leader of the LTTE.