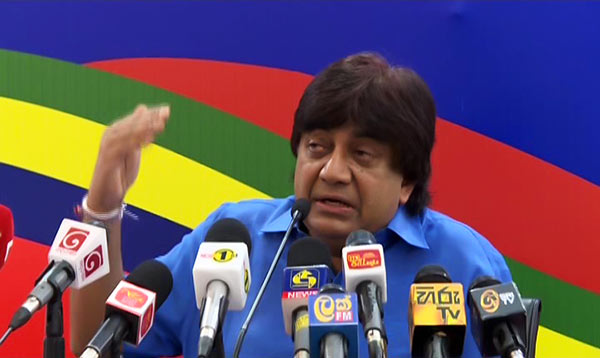 State Minister Dilan Perera says that the Sri Lanka Freedom Party (SLFP) will never agree to the stripping of civic rights of former President Mahinda Rajapaksa or anyone else.

He stated that as long as President Maithripala Sirisena is the leader of the Sri Lanka Freedom Party, nobody will be allowed to do so as it is not the policy of the party.

Speaking at a SLFP press briefing in Colombo yesterday, the State Minister of Highways also claimed that a massive political conspiracy is being carried out by the Sri Lanka Podujana Peramuna (SLPP) and the United National Party (UNP) behind the scenes in order to weaken the program being carried out to strengthen the SLFP-led alliance, before the election.

Therefore the ‘act’ is not between the President and the Prime Minister, but between some in the Sri Lanka Podujana Peramuna and the United National Party, the state minister said.