SLPP should not wash its dirty linen in public – Ven. Medagoda Abhayatissa Thera 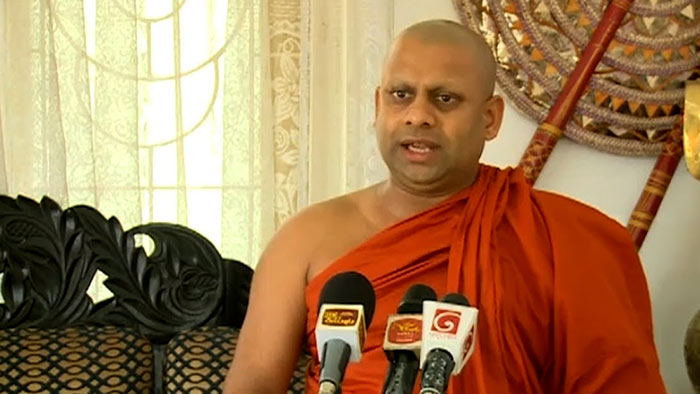 Ven. Medagoda Abhayatissa Thera said the aim of the enemy is to create internal divisions within the SLPP Government.

He said, Minister Wimal Weerawansa has the right to express his views and observed that it was his thinking that the SLPP should create a suitable portfolio within the alliance to recognise the political contributions made by President Gotabaya Rajapaksa.

The Thera was speaking to the Media yesterday. He mentioned that what had raged in this country during the past three decades had not been a war, but a humanitarian operation to wipe out terrorism.

The Thera advised the SLPP to sort out its internal political wrangling amicably, instead of washing its dirty linen in public.

2 Responses to SLPP should not wash its dirty linen in public – Ven. Medagoda Abhayatissa Thera