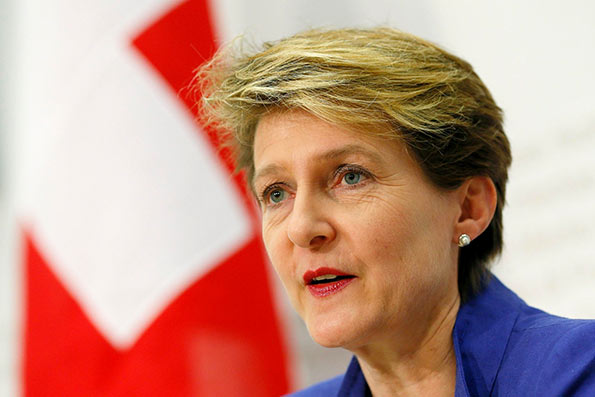 Swiss Justice Minister Simonetta Sommaruga will tackle the issue of repatriating Tamil asylum seekers to Sri Lanka when she visits the country next week. Migration will feature prominently on her trip to Sri Lanka and India.

In July, the State Secretariat for Migration said it would apply more stringent criteria for granting Sri Lankan nationals – mostly ethnic Tamils – refugee status. The decision was taken in light of a perceived improvement in the human rights record by the Sri Lankan authorities.

Switzerland has been criticised in the past for forcing failed asylum seekers to return to Sri Lanka. Human rights groups say that some returnees were arrested and tortured for having suspected links with the Tamil separatist movement.

Around 50,000 people from Sri Lanka live in Switzerland, mostly Tamils, who fled the island’s 30-year civil war that ended in 2009. But not all who arrived in Switzerland were allowed to stay, a situation that has alarmed NGOs.

During her visit to Colombo, Sommaruga hopes to formalise a bilateral agreement governing repatriations from Switzerland and to intensify cooperation between the two countries on the issue.

In India, Sommaruga will visit a new Swiss visa application centre in New Delhi and will discuss issues surrounding the award of working visas to Indian nationals wishing to take up posts in Switzerland. The number Swiss visas issued to non-European Union workers was in 2014 cut from 8,500 to 6,500 a year.

Most of those visas have already been issued this year, resulting in protests from some cities and business groups. Economics Minister Johann Schneider-Ammann last week went on record as saying he wants such permits to be raised once more to 8,500. The issue will require a cabinet decision.

1 Response to Sommaruga to raise migration issue in Sri Lanka