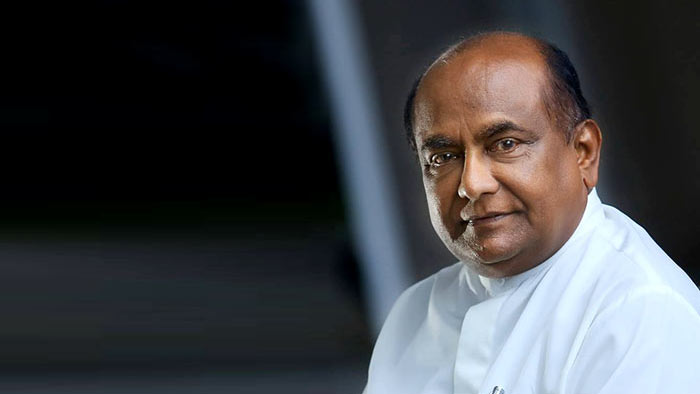 An urgent party leaders’ meeting chaired by the Speaker of Parliament of Sri Lanka was held at his official residence this evening (July 09).

In a letter directed to the Sri Lankan President Gotabaya Rajapaksa, the Speaker notified the President of the following decisions taken by Prime Minister Ranil Wickremesinghe and other political party leaders: 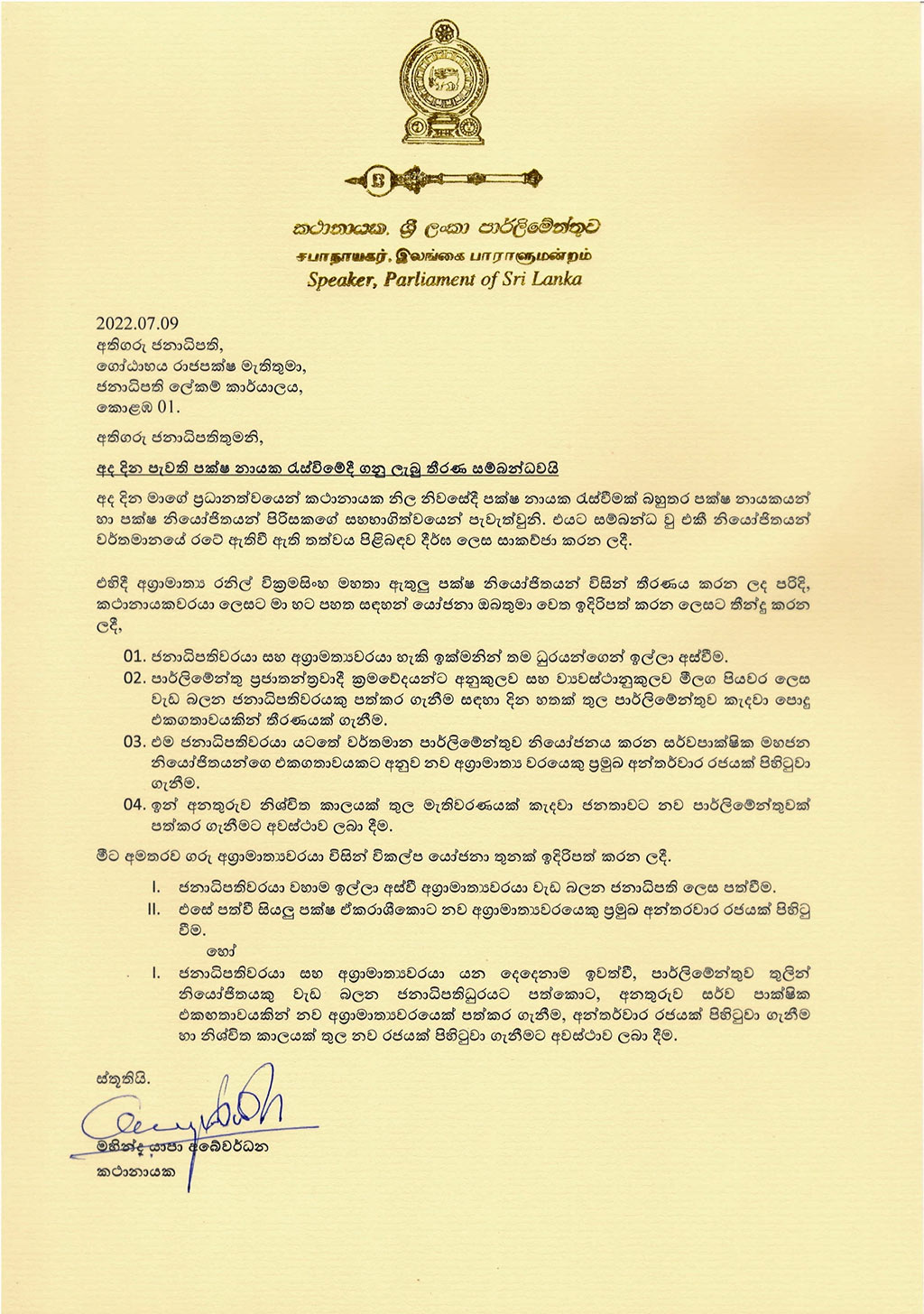