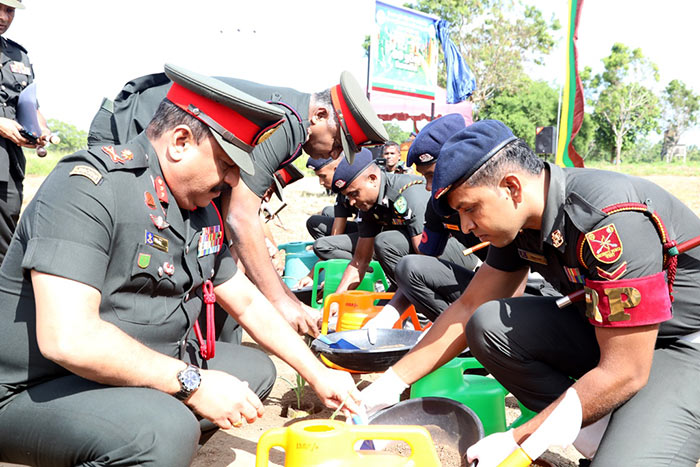 Inaugural ceremony was held attended by Major General Jagath Kodituwakku, Chief of Staff representing the Commander of the Army.

The Stage 1 of Maize Cultivation Project, set to cover 500 acres in total commenced the project covering 100 acres of land at first in this Army-owned Niraviya Farm, managed by the Army Directorate of Agriculture and Livestocks (Dte of A & L). As recent as 16 June 2022, Lieutenant General Vikum Liyanage, Commander of the Army, embarking upon this gigantic project of national and timely importance established the Army’s Green Agriculture Steering Committee (GASC) in order to supplement and promote the island’s food security programme by cultivating more than 1500 acres of barren or derelict state lands across the country after the government offered more lands to the Army for cultivation.

Upon his arrival, Major General Jagath Kodituwakku, Chief of Staff was received by Brigadier Arosha Rajapaksha, Director, Dte of A & L who afterwards invited the day’s Chief Guest to uncover the name-board to the effect of the project in the specific designated area for Maize cultivation. After a while, the Chief of Staff, together with a gathering of Army personnel inaugurated the Stage 1 of the project by planting several maize saplings at the location.

Hundreds of Army personnel, belonging to Sri Lanka Army Corps of Agriculture & Livestock (SLACAL), based across the country would take care of this cultivation, supplemented by water sources of adjacent Kalaoya valley.

The Chief of Staff interacting with Media personnel present there briefed them on the Army’s commitment to the cause and its nation-building roles and the scope of the national endeavour and how the Army could join hands with the agricultural sector to reach national goals and multiply food production process through immediate cultivation of more than 1000 acres of unattended and derelict lands to avert any shortage of food varieties in future.

A tour around the farm by all Officers and Media personnel brought the inaugural event to culmination.

As per instructions of the Commander of the Army, all island-wide 6 Battalions of SLACAL troops would prepare ground soil in those state lands by weeding, tilling and preparing beds for cultivation of selected seed varieties in consultation with government’s agricultural experts, agrarian officers and knowledgeable officers in the Army Directorate of Agriculture & Livestock.  Those SLACAL troops are already maintaining 16 Army-managed farms around the country.

On 27 February 2022, troops in the same Niraviya farm in coordination with the Coconut Development Board launched a coconut seed germination project that could breed 13,000 saplings.

The DAL in the Army while maximising the use of Army lands for agricultural and dairy purposes has been engaged in the production of paddy, vegetables, eggs and several varieties of essentials through its Kandakadu, Menik Farm, Vellamkulum, Galkanda, Palatupana, Adiyapuliyankulam, Balalla and Niraviya farms, in addition to its involvement in the cultivation of paddy under ‘Thuru Mithuru-Nawa Ratak’ project.

Projects covering 1,000 acres of coconuts, 500 acres of TEJC mangoes, 2000 acres of cashew, 200 acres of chillies, production of yoghurt, curd and eggs with 100,000 layer hens, production of ration packs using local raw materials, salt, tomato sauce, and compost fertiliser as well as cultivation of 100,000 turmeric saplings are underway as at present.

The identification of state lands at regional level is to be effected in close consultation with respective Governors, District and Divisional Secretariats. 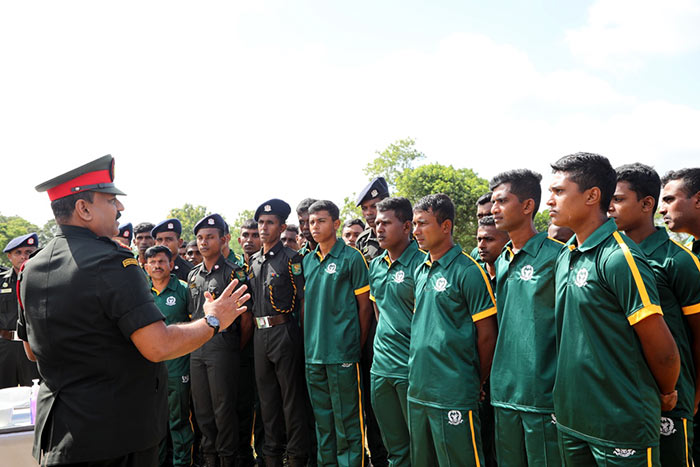 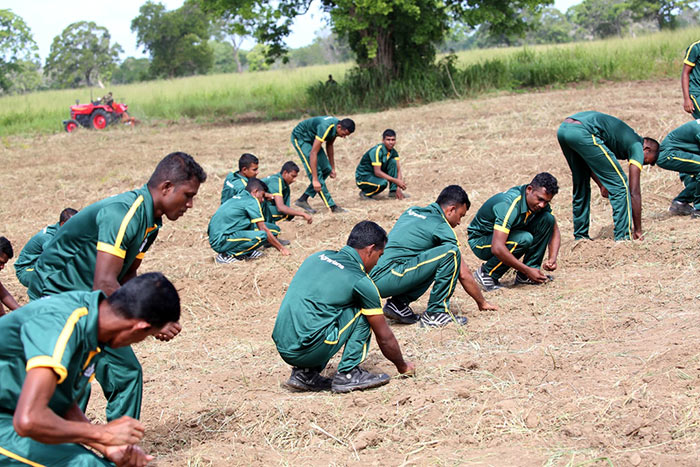 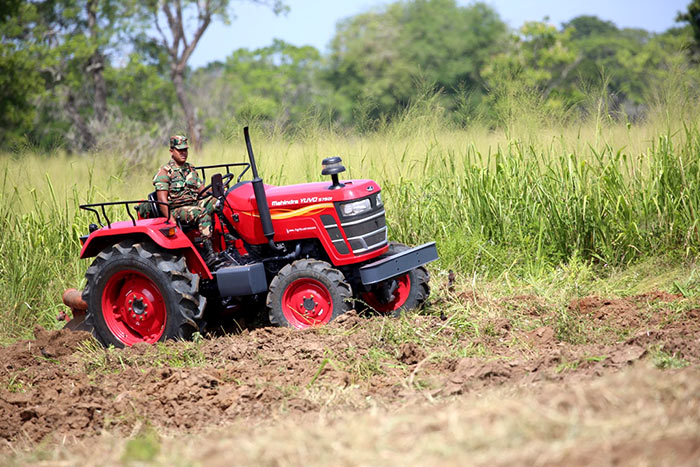 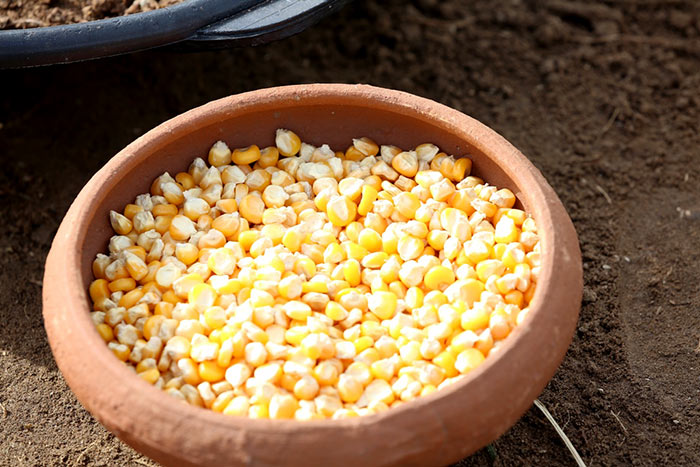 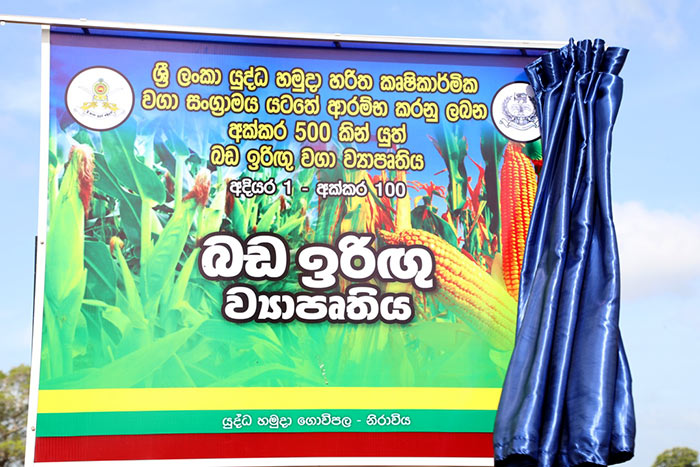