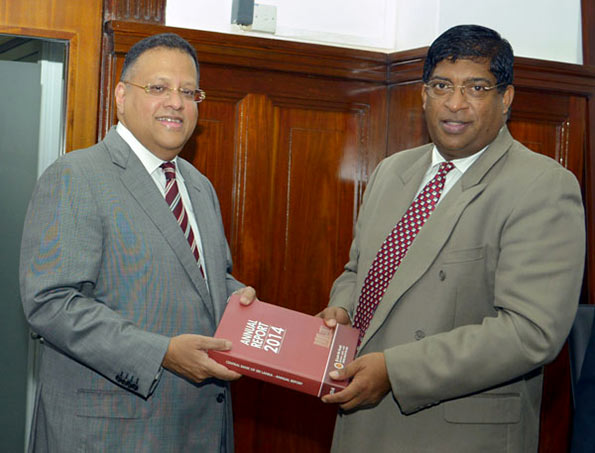 The report was submitted to Ravi Karunanayake, the Minister of Finance by Mr. Arjuna Mahendran on Wednesday.

Amidst uneven developments in the global economy, continued domestic economic activity helped sustain the growth in the Industry and Services sectors, while adverse weather conditions dampened the performance of the Agriculture sector during the year, the report said.

Meanwhile, in the fiscal sector, despite the government’s announced commitment towards fiscal consolidation, the overall fiscal deficit increased to 6.0 per cent of GDP in 2014 from 5.9 per cent of GDP in the previous year, mainly as a result of the continued shortfall in revenue collection.