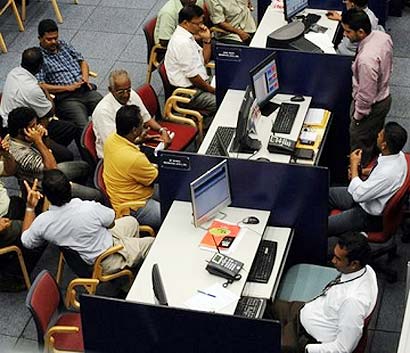 COLOMBO (AFP) – Sri Lanka’s economy is poised to expand by 6.5 percent this year, the central bank said Monday, after slower growth in 2009 due to the operation to crush the Tamil Tigers and the global crisis.

The Central Bank of Sri Lanka in its annual review of the economy said the intense fighting was one reason for growth of just 3.5 percent in 2009.

Other factors that curbed growth were lower farm output, a slump in global demand for Sri Lankan clothing and tea and foreign hedge funds pulling out money from government bonds.

The agricultural sector grew by 3.2 percent, less than half the pace of the 7.5 percent logged in 2008, while the industrial sector expanded by 4.2 percent in 2009, down from 5.9 percent a year earlier.

The services sector, which includes telecoms, ports, banking and aviation, grew at a slower 3.3 percent, down from 5.6 percent, the bank said.

The economy managed to post positive growth partly thanks to a 2.6-billion-dollar bailout by the International Monetary Fund, the bank said.

President Mahinda Rajapakse, re-elected in January after crushing the Tamil Tiger rebels last May, has vowed to spend more than a billion dollars to build new ports, roads and power plants in 2010.

The bank said there had been a steady stream of foreign financial flows since the end of the 37-year conflict that claimed more than 100,000 lives according to UN figures.