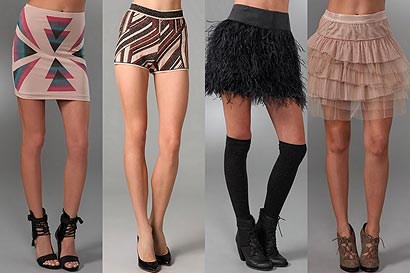 Colombo: Sri Lanka was mulling a ban on mini-skirts following complaints, prompting the government to set up a panel to prepare a dress code for public places in the conservative country, officials and a media report said Monday.

The cultural ministry was considering public petitions calling for a ban on mini skirts which have raised the ire of ultra conservative sections of society, officials said.

The Cultural Ministry forwarded the petitions to a committee to study the requests and come up with a dress code for public places, a ministry official said.

Ministry Secretary Nimal Rubashinghe said no firm stand was taken in respect of the skimpy women’s clothing, but the Lakbima News daily said the government was contemplating banning mini skirts.

“There are individuals and groups representing religious and cultural interests, who have written to us raising concerns that this kind of (mini) dress would corrupt our culture,” Minister T. B. Ekanayake was quoted as saying by the Lakbima news daily.

“They say with the arrival of tourists, this situation would worsen,” the minister added.

Sri Lanka has already ordered the pulling down of bill boards featuring women showing extra cleavage or exposing thighs to advertise products or services in the capital and elsewhere in the country.

“A new era of moral purity is in the offing in the New Year,” said the report in the daily, which is controlled by business family close to the ruling party, but has extensive links to gambling.

The country also took objection to bikini-clad women dancing around a Buddha statue in one of US pop singer Akon’s music videos and denied him a visa to perform in the country.