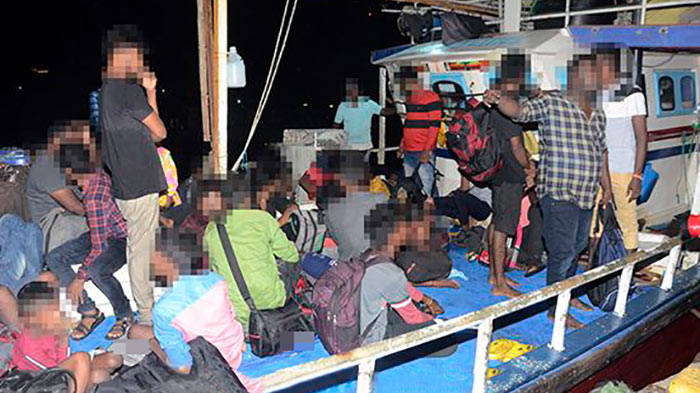 Among the apprehended individuals, 34 males including 05 persons involved in this racket, 06 females and 07 children. Along with the suspects, the fishing vessel was also held by the Sri Lanka Navy.

The suspects are aged 01 to 50 years, residents of Jaffna, Kilinochchi, Mannar, Wennappuwa, Nattandiya, Chilaw and Batticaloa. They will be handed over to the Colombo Harbour Police for further legal proceedings.

Sri Lanka Navy urges the public to avoid being convicted before the law by being caught in the trap of smugglers who organise this nature of perilous voyages to earn a fast buck.

Since Australia’s borders are closed to illegal maritime migration, such individuals will be detained and deported immediately, thus depriving them of the opportunity to legally immigrate to Australia in the future.