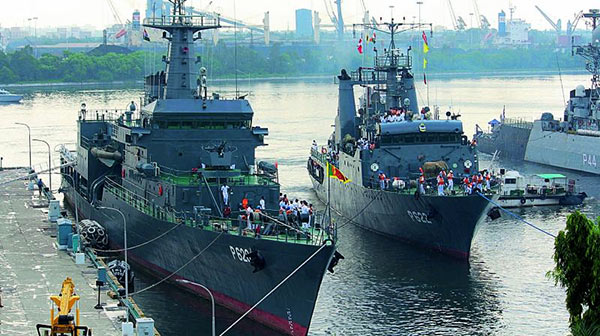 From the Indian side, INS Gharial, an amphibious ship, INS Kora, a missile corvette and Chetak helicopter will be participating in the war games on behalf of the Eastern Fleet.

The exercise will commence with a harbour phase during which the participating navies will engage in professional, cultural and social interactions.

The harbour phase will be followed by the sea phase which will commence on September 11.

SLINEX series of bilateral maritime exercises were initiated in 2005. Over the years they have helped the two navies to understand each other’s procedures and enhance inter-operability.

The benefits of operational interactions under the aegis of SLINEX are clearly visible as both the navies today have an improved and steadfast understanding. SLINEX 17 will further enhance the capability of the two navies to work together at sea and contribute towards maritime security in the region.