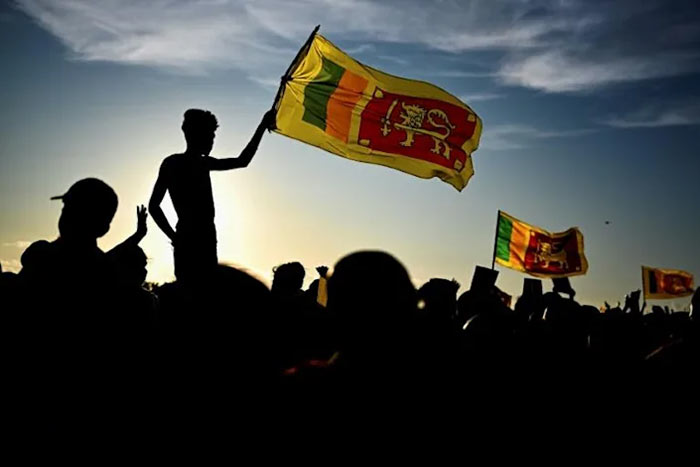 Sri Lanka Police arrested 21 people for blocking gates and protesting near the President’s Office in Colombo this morning (June 20).

Police said 16 males, four females and a Buddhist monk, were arrested after they obstructed the entrance of the Presidential Secretariat.

Statement further said that the protestors set up tents at these gates, and this situation prevented public employees reporting for essential services at the respective offices from entering or exiting the premises.

Sri Lanka Police added that the protest also caused a delay of half an hour for the Finance Secretary to attend the meeting with the International Monetary Fund.

The suspects will be produced to court on Monday (20) for legal action, said Sri Lanka Police.

Meanwhile, Lotus Road in Colombo Fort which was closed earlier due to the protest has been reopened for vehicular movement.

Several groups of individuals who are representing various organisations have been staging protests at Galle Face Green for the past 72 days.

They have claimed that protests will continue until Sri Lankan President Gotabaya Rajapaksa steps down from his post.

UPDATE – 05:15 PM: The 21 protesters arrested this morning by police for obstructing two entrances of the Finance Ministry in Colombo, have been granted bail by the Fort Magistrate.