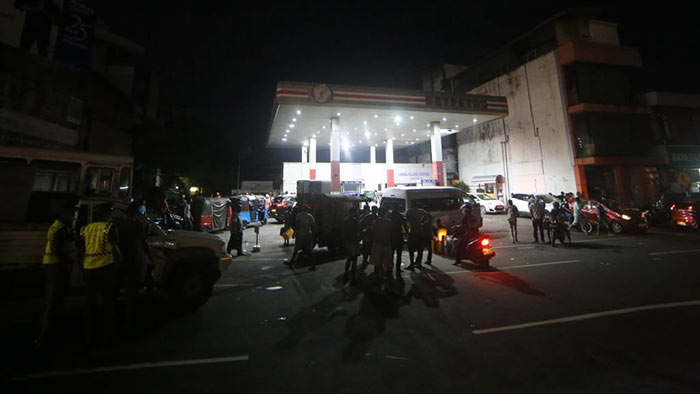 The Ministry of Public Security has instructed Sri Lanka Police to use Minimum Force to control unruly situations at filling stations that arise due to the fuel crisis.

The instructions were given during a discussion that took place on Saturday (June 18) between the Minister of Public Security and senior police officers.

The Ministry said instructions were given to maintain law and order in the event of such violence incidents.

It added that a discussion took place on seeking military assistance to control such situations.

However, no action will be taken against anyone engaged in peaceful protests.

Protests have broken out at multiple filling stations due to the short supply of fuel in Sri Lanka.