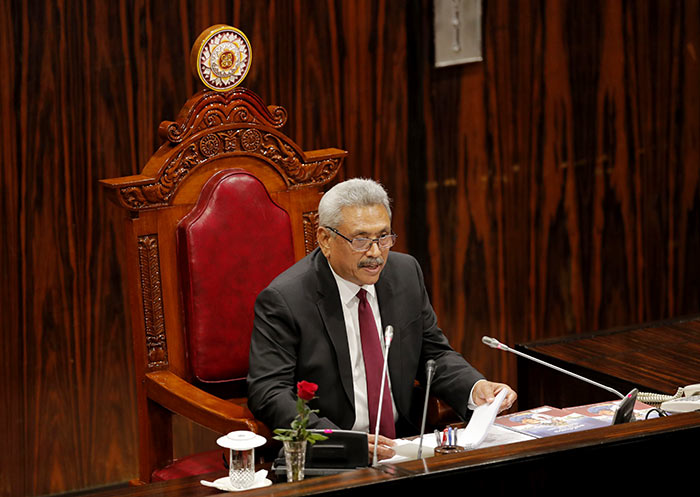 Sri Lanka President Gotabaya Rajapaksa, delivering the government’s policy statement in Parliament today (January 18), said no changes have been made to the green agriculture policy implemented by his administration.

The Head of State arrived in Parliament this morning for the ceremonial opening of the second session of the 9th Parliament.

President said he will not allow human rights violations to take place during his tenure and requested all politicians to refrain from provoking the public.

Meanwhile, President Rajapaksa said that priority will be given to electric vehicles in the future when importing vehicles into the country.