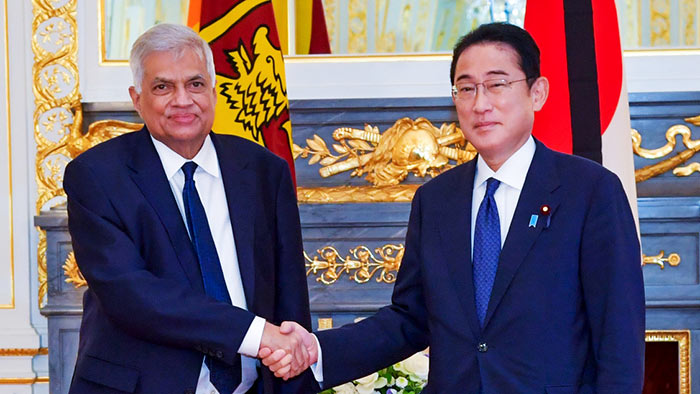 The Japanese Prime Minister warmly welcomed President Wickremesinghe and extended his best wishes on his appointment to the Office of President.

The duo held discussions on further strengthening relations between the two countries.

Meanwhile, President Ranil Wickremesinghe called on His Majesty Emperor Naruhito at the Imperial Palace, his official residence in Tokyo where he was warmly welcomed.