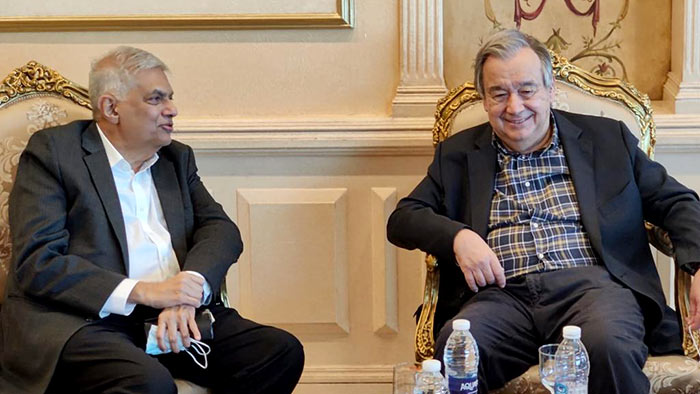 Sri Lankan President briefed the Secretary-General on the Government’s plans on the National Environmental Policy.

The Secretary-General recalled memories of his first visit to Sri Lanka in 1978.

At COP 27, countries come together to take action towards achieving the world’s collective climate goals as agreed under the Paris Agreement and Convention. Building on the outcomes and momentum of COP 26 in Glasgow last year, nations are expected to demonstrate at COP 27 that they are in a new era of implementation by turning their commitments under the Paris Agreement into action.