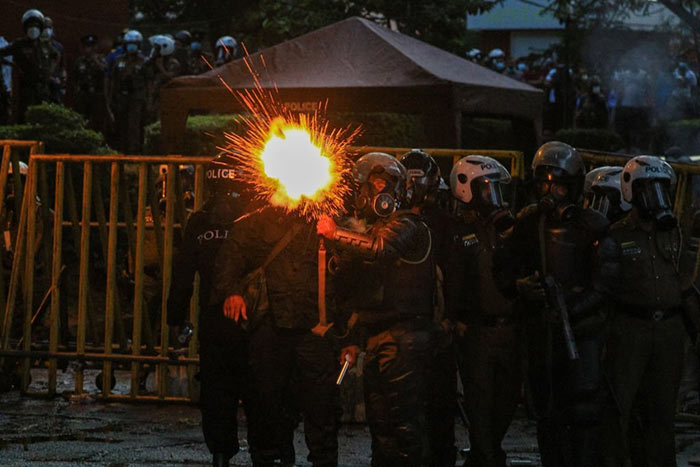 Thousands of protesters demanding the resignation of Sri Lankan President Gotabaya Rajapaksa are set to converge on his official residence Saturday as the bankrupt nation struggles to buy daily essentials, inflation soars, and popular anger at the embattled leader mounts.

Civil-rights activists, religious leaders, artists and others, from across the South Asian island are walking toward an oceanfront protest site that has sprung up near the presidential palace in the capital, Colombo.

Ahead of the protest, Omalpe Sobitha, a senior Buddhist monk at one of the main monastic orders and an outspoken critic of the government, told reporters the crisis is not the result of famine or natural disaster but mis-governance.

Sri Lanka is in the worst tailspin of its independent history, with inflation seen hitting 70%. It has been facing shortages of everything from fuel to medicine for months, prompting protests that led to the resignations of all the Rajapaksa family members who were in the government, except for the president.

Gotabaya has side-stepped demands for his resignation and appointed long-time opponent Ranil Wickremesinghe as prime minister in May after the largely peaceful protests turned violent.

Late on Friday, police imposed a curfew in and around parts of Colombo after thousands of university students, who had marched toward Rajapaksa’s residence, were tear-gassed. Police Chief C.D. Wickramaratne — who told a briefing this week that authorities wouldn’t stop any peaceful rallies — said in a statement on Saturday that the curfew would be lifted by 8:00 AM.

Sri Lanka’s Bar Association and opposition parties said the lockdown was illegal, and called upon protesters to continue with plans to rally peacefully. Earlier this week, a Colombo court rejected a government request to bar the protesters from being in close proximity to the president’s official residence.

Economic activity has come to a grinding halt, with residents urged to stay home until July 10 to save fuel. The Central Bank of Sri Lanka on Thursday raised borrowing costs by 100 basis points as prices continued their record rise in June, driven by the shortages and dwindling foreign-exchange reserves. 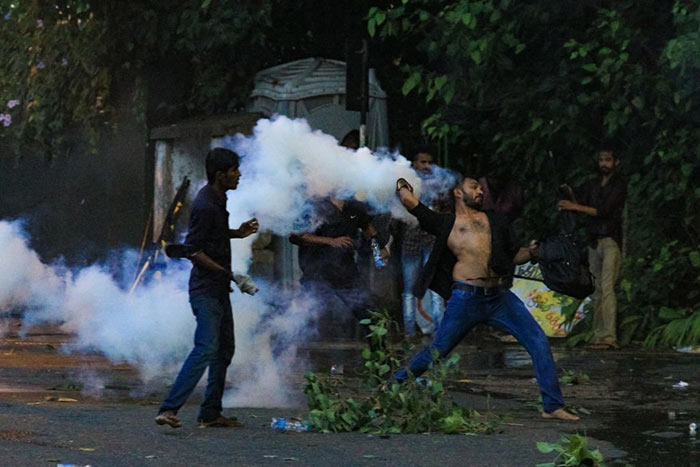 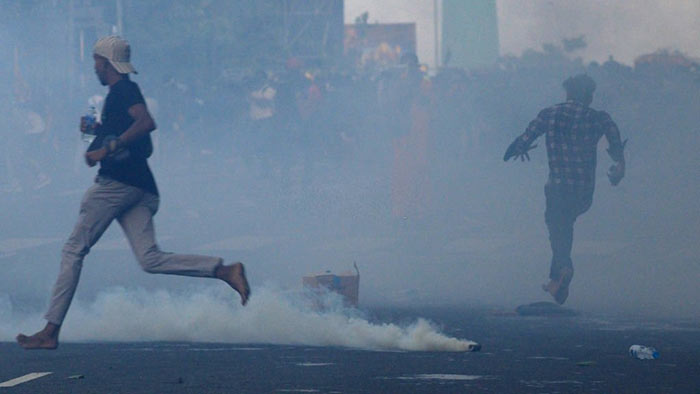 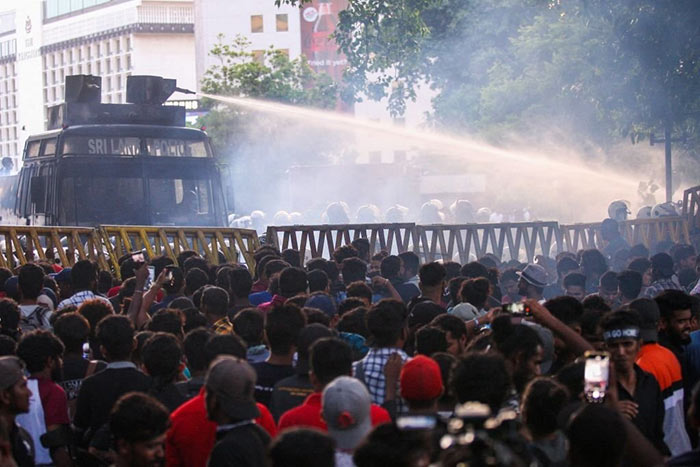 Police use a water canon to disperse demonstrators taking part in an anti-government protest demanding the resignation of Sri Lanka’s President Gotabaya Rajapaksa over the country’s crippling economic crisis, in Colombo on July 8, 2022. (Photo by AFP via Getty Images) 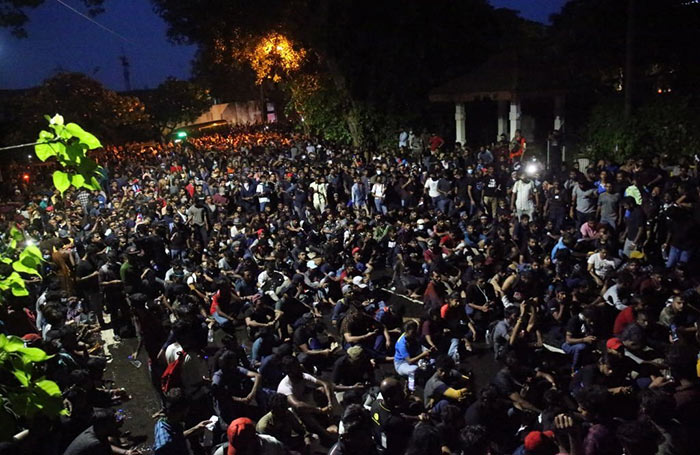