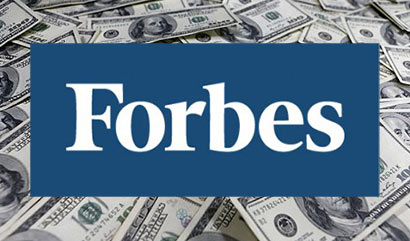 New York: Sri Lanka’s low tax revenues and high government debt have contributed to the country’s rank at the 89th place in Forbes’ ninth annual ranking of the Best Countries for Business.

Sri Lanka, with a GDP of US$ 65 billion continues to experience strong economic growth following the end of the 26-year conflict with the Liberation Tigers of Tamil Eelam (LTTE), Forbes’ report said.

The government has been pursuing large-scale reconstruction and development projects in its efforts to spur growth in war-torn and disadvantaged areas, develop small and medium enterprises and increase agricultural productivity.

According to Forbes, the government’s “high debt payments and bloated civil service” have contributed to historically high budget deficits, but fiscal consolidation efforts and strong GDP growth in recent years have helped bring down the government’s fiscal deficit.

However, low tax revenues and a public debt of 78% GDP, among the highest in emerging markets, are a major concern for Sri Lanka to be a more attractive nation for business.

Explaining the factors for the ranking, Forbes said the 2008-09 global financial crisis and recession exposed Sri Lanka’s economic vulnerabilities and nearly caused a balance of payments crisis. Agriculture slowed due to a drought and weak global demand affected exports and trade.

In early 2012, Sri Lanka floated the rupee, resulting in a sharp depreciation, and took steps to curb imports.

Sri Lanka ranked 124 on Tax Burden and Monetary Freedom, declined in Red Tape to 85 but fared better on the market performance ranking 7th. It ranked 45th on Innovation, 72 on property rights, 50 on Investor protection, 78th on the corruption, 92nd on Technology, 99th on Personal Freedom and 98th on Trade Freedom.

The U.S. ranked 18th in the list declining for the fifth straight year since 2009, when it ranked second.

India ranked 93 and Pakistan ranked 105 in the list. Guinea, the West African nation at the center of the Ebola outbreak, ranks last for the third straight year.