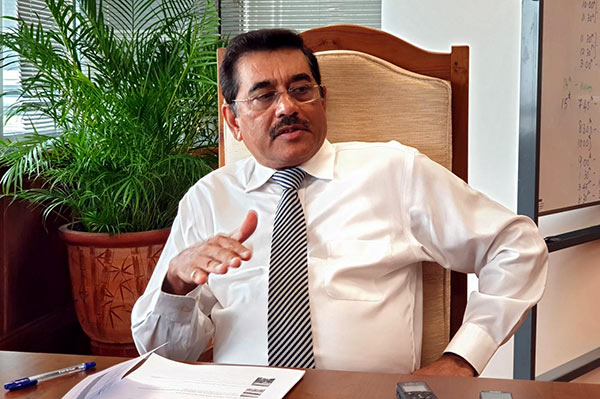 Sri Lanka could lose access to global debt markets if a new government shifts away from the country’s current fiscal policy that’s aimed at shoring up the economy and managing inflation, a central bank official said on Friday.

The Indian Ocean island nation is preparing for presidential election later this year and a parliament election in 2020, which is causing uncertainty among investors over potential policy shifts.

“The question is whether any new government coming after elections will move in a different direction compared to what we have been, or rather this government, has been doing for the last four years,” Nandalal Weerasinghe, Senior Deputy Governor at the Central Bank of Sri Lanka, told Reuters in an interview on Friday.

“If anyone tries to move away from this fiscal, macro-economic stability, they will not have access to global markets,” he said.

The economy cannot afford to lose access to global markets as it has to repay more than $16 billion in foreign loans over the next four years.

“Anyone who comes to power will have to make sure we have access to a global investor base so that we can meet payments in the next couple of years through market borrowings,” Weerasinghe said.

During Prime Minister Ranil Wickremesinghe’s government, the central bank has tightened monetary policies to back the administration’s overall goal of fiscal consolidation, an effort supported by a $1.5 billion loan from the International Monetary Fund.

Though Wickremesinghe is widely seen as a business-friendly leader, critics say his economic politics have stunted economic growth.

The central bank has introduced an inflation-targeting monetary policy and a flexible exchange rate, transformed short-term high-cost borrowings to long-term lower-cost ones, and reduced the outflow of foreign exchange for luxury goods.

Those measures contributed to pulling down the economic growth rate in 2018 to an 18-year low of 3.2%. A power tussle in 2018 for the prime minister’s job and this year’s Easter Islamist militant bombings, which killed more than 250 people, further weigh on the economy.

“Already there’s central bank independence in the current law, and we are now proposing a new monetary act which will strengthen the central bank’s independence as well as accountability to the public, to the parliament.”

In May, the central bank reduced the key interest rates by 50 basis points to boost credit growth and the economy.

“I don’t see any reason to tighten at this point.”

He also said the central bank is in advance discussions to borrow $500 million from Japan via a bond sale this year.