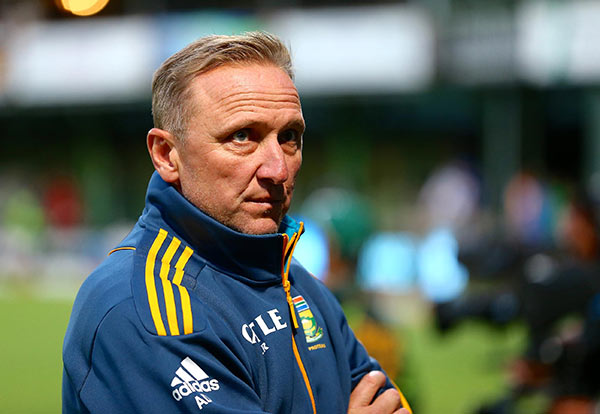 Former South African paceman Allan Donald has been appointed as Sri Lanka’s a consultant fast bowling coach for the Champions Trophy, which is to be held in England and Wales from June 2.

Donald is currently slated to take on a role as assistant coach at Kent County, who have agreed to release him for a two month stint with Sri Lanka in the lead up to the Champions Trophy, said Sri Lanka Cricket in a release.

Sri Lanka have been investing greatly in expert resource personnel and technology for the national team, employing a battery of former national players on full time assignment as coaches specializing in batting, fielding and bowling.

The pace team consist of Chaminda Vaas, Champaka Ramanayaka, Ravindra Pushpakumara, and Nuwan Zoysa amongst others and Donald will work closely with the coaching team and conduct train-the-trainer sessions as well as working with the National Teams.

Donald will join the team in their residential training at the Pallakelle International Stadium where they will be undergoing a high intensity Training and Conditioning programme from the 9th – 16th of May.

Donald, who is justly considered one of the most prolific pacemen of all time, was the first South African to take 300 wickets for his country, and has played a pivotal role in the shaping of world class bowling arsenals around the world since his premature retirement in 2003 due to injuries.

Sri Lanka will begin their Champions Trophy campaign against South Africa on June 3 at the Kia Oval, followed by games against India (June 8) and Pakistan (June 12) at Kia Oval and Cardiff respectively. (ANI)