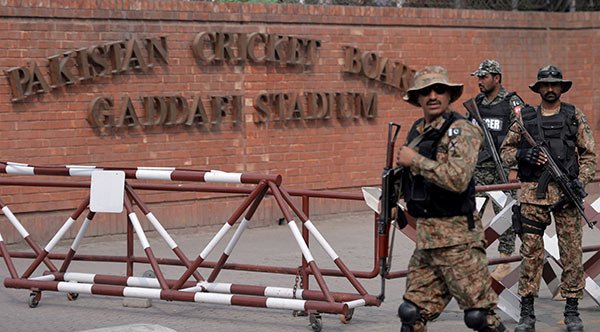 Sri Lanka’s cricket board said Wednesday it had received warnings its national team could be the target of a terror attack during an upcoming tour of Pakistan.

Sri Lankan Prime Minister’s Office had received “reliable information of a possible terrorist threat” against the national squad ahead of the six-match limited overs tour, the board said.

Sri Lanka Cricket (SLC) stopped short of calling off the tour, but said a reassessment of the security situation would be sought from Sri Lankan government authorities.

The Pakistan Cricket Board (PCB) said it was not aware of any information relating to the safety of the Sri Lankan team, but reiterated its committment to provide security.

“We have seen the SLC statement, but are not privy to any information or intelligence report relating to safety of the SL team,” the PCB said on Twitter.

“The PCB reiterates its commitment to provide complete safety and security to the SL side and in this relation will continue to work with the SLC.”

The Sri Lanka team was the target of an attack during a Test match in Pakistan’s Lahore in March 2009. Six Sri Lankan players were injured when gunmen attacked their bus. Six Pakistan policemen and two civilians were killed.

Ten senior players have already opted out of the tour citing security concerns.

Sri Lanka played one T20 match against Pakistan at Lahore in October 2017.

The latest statement from Sri Lanka Cricket came a short while after the board announced two squads for the three One-Day Internationals and the three T20 matches starting September 27.

Since the 2009 attack, a majority of international teams have refused to tour the South Asian country.