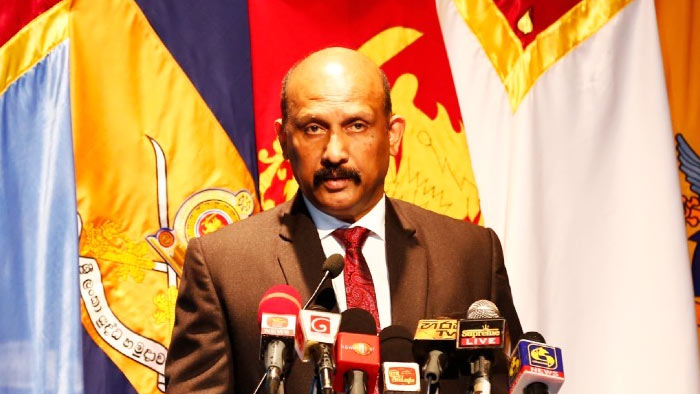 From a strategic standpoint, keeping the past and also most recent lessons learnt in mind, with the new found leadership of the present government, Sri Lanka should call for a national determination where all sectors of Sri Lankan society including civil organisations, security institutions, political entities, and business associations come together to discuss fundamental issues such as national identity, national reconciliation, transitional justice, governance structure and economic revival, said the Defence Secretary General Kamal Gunaratne today (September 29).

“This is a fundamental step towards building consensus and re-legitimising state institutions and private organisations in the country towards a common goal” he added.

The Defence Secretary expressed these remarks while participating in the inauguration ceremony of the 15th International Research Conference (IRC), as the Chief Guest, which is organised by the General Sir John Kotelawala Defence University (KDU).

Former Commerce, Law and Justice Cabinet Minister of the Republic of India Hon. Prof. Subramanian Swamy graced the occasion as the Keynote Speaker. The Defence Secretary in his speech also expressed his gratitude to the Keynote Speaker for the acceptance of the invitation to attend this event.

This year’s IRC is held under a well-timed theme which is Economic Revival, National Security, and Sustainability through Advancement of Science, Technology and Innovation.

Gen. Gunaratne is of the view that this is an opportunity for a wide interaction and networking with national and international scholars in their respective fields which would be beneficial for all the participants to broaden their horizons of knowledge through intellectual discussions.

Further speaking, Gen. Gunaratne went on saying “Not only does such an effort-based process serve as the foundation for a national pact addressing the country‟s issues, but it would also compel every group within society, especially the investors to actively participate in the statebuilding effort towards the economic revival and sustainability through establishing a secure country giving due consideration to the scientific and technological innovations”.

Furthermore, giving high priority to providing solutions to the country‟s most pressing matters of concern, to improve the world‟s image of the Sri Lankan society, the government must take every step necessary to recover high-priority initiatives in the fields of the economy, institution building, and political reform, he also highlighted.

Paying his emphasis on the effects of globalisation while moving back to the focus of the conference, he said “Given the growing international interdependencies affecting the Sri Lankan National Security, as well as recent concerns raised by economic and political implications, there is a recognised need for assessments of the potential risks to the National Security that may emerge during the strife towards a revival of national economy and sustainability”.

He believes that given the importance of certain sectors to the effective functioning of the Sri Lankan society, the need for a deeper conceptual understanding of the threats that may impact the implied economic revival and sustainability in all aspects focusing on technological, scientific and innovative facets would be comprehensively discussed during the gathering.

In conclusion, he said, in the current context, we are on the verge of striving to accomplish serenity and excellence in an economic revival, national security and sustainability through unexploited frontiers of technological innovations as a nation. He also expressed his sincere appreciation to the KDU Vice Chancellor (VC) Maj. Gen. Milinda Peiris and the conference organisers during the session.

The Keynote Speaker highlighted that the “Size of the country is not important for national security, but it is technology today” adding that “Sustainability is the keyword today in the new concept of national security”

The event also featured the launch of the National Digital Repository Centre on Defence Studies by the Chief Guest.

KDU VC Maj. Gen. Peiris inaugurated the session with a welcome address and highlighted the significance of the theme, IRC and its deep relevance. He also presented a souvenir to the Defence Secretary and the Hon. Prof. Subramanian Swamy to mark the occasion.

Members of the Diplomatic Corps, Chief of Defence Staff, Army and Navy Commanders, Vice Chancellors of other Universities, Chief of Staff of the Air Force, eminent speakers from friendly foreign nations, former Commandants of KDA, former Chancellors and VCs of KDU, Rector of the Metropolitan Campus, Rector of the Southern Campus, Deputy VCs, all Deans and Directors, Senior Military and Police officers and distinguished invitees were also present at the occasion. 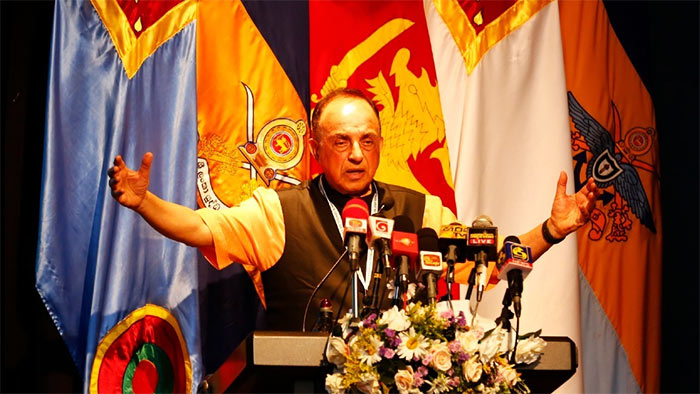