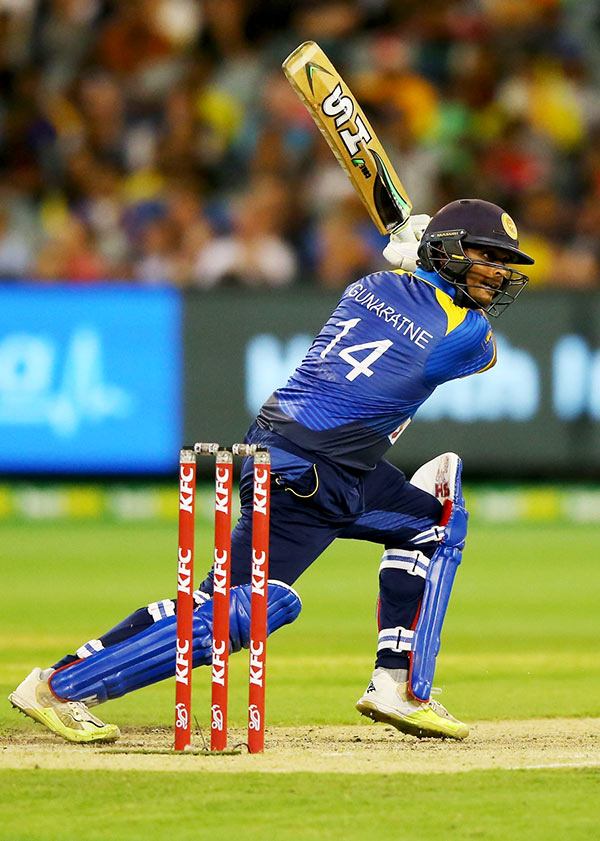 Asela Gunaratne smashed a boundary off the last ball to secure a thrilling two-wicket victory for Sri Lanka against Australia in the second Twenty20 Internationals on Sunday.

Upul Tharanga won the toss and sent Australia in to bat in the second Twenty20 in Geelong, where Sri Lanka will secure a series win if they chase down their target later in the evening.

Australia made two changes to their XI, with fast bowler Jhye Richardson handed a debut and batsman Ben Dunk called in to bolster the top order. Fast bowler Billy Stanlake was dropped along with the legspinner Adam Zampa, a particularly surprising decision given that spin was effective on the same pitch in the women’s T20 that preceded this game.

Sri Lanka made one change to the team that won in Melbourne on Friday, bringing in the batsman Kusal Mendis at the expense of left-arm wrist-spinner Lakshan Sandakan.

The match – the inaugural men’s international at Geelong’s Kardinia Park – was due to begin in cool weather on a day that had earlier brought heavy showers.