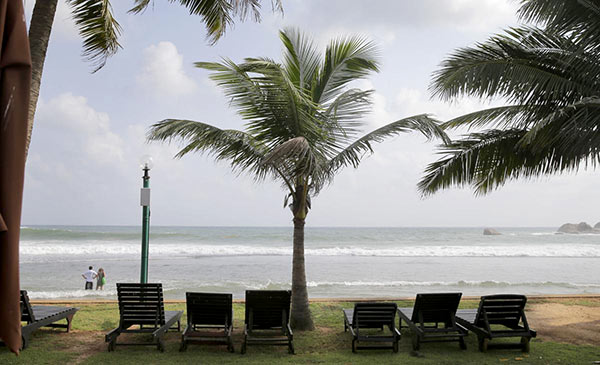 Tourism Minister John Amaratunga said the decision will lead to an increase in flights to Sri Lanka and a reduction in ticket prices, which will attract more tourists to the Indian Ocean island nation, famed for its pristine beaches.

Tourist arrivals declined 57% in June from a year earlier, dealing a severe blow to the tourism industry, the country’s third-largest foreign currency earner after remittances from overseas workers and textile and garment exports.

The cuts in charges and fees will be in place for six months, said Johanne Jayaratne, head of the government’s tourism development agency.

About 2.3 million tourists visited Sri Lanka in 2018, when 29 airlines offered 300 flights per week. After the April 21 attacks, 41 fights per week were canceled, amounting to a loss of 8,000 passenger seats. Several airlines have reinstated their normal schedules since then, but others have not.

Dimuthu Tennakoon, chairman of the Board of Airline Representatives, said the government decision will encourage airlines to increase their capacity and offer attractive fares.

“That will definitely happen with this reduction because fuel and ground handling contribute a significant percentage of the total cost element of any airline,” he said.

Tourism accounts for 4.9% of Sri Lanka’s GDP. Around half a million Sri Lankans depend directly on tourism and 2 million indirectly.

The government currently predicts $3.7 billion in revenue from tourism this year, down from an initial forecast of $5 billion.