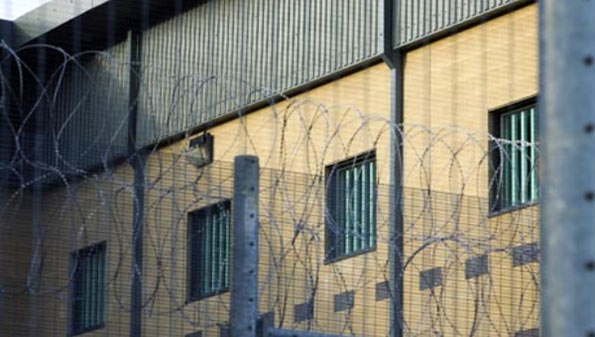 A Sri Lankan man who said he was arrested without explanation and held at a controversial centre in UK has told Sky News he was “treated like an animal”.

It comes as British MPs call for radical changes to the system of immigration detention, as they debated the most far-reaching report yet into conditions for those facing deportation.

The House of Commons will address the findings, including evidence of sexual abuse of detainees and calls to end the detention of pregnant women.

Sky News spoke to a number of detainees who were released from the Yarl’s Wood centre earlier this year.

The Sri Lankan man claimed he and his wife had entered the UK lawfully and were in ongoing contact with the Home Office about the status of their application when 12 officers detained them in an early morning raid.

The man who did not want to be named said: “We have never done anything wrong. I have never been to jail.

“I have no criminal record … I can’t explain how shocked we were.

“You are a criminal. That’s how you feel, they treat you like an animal.”

He said he and his pregnant wife were physically restrained by officers whilst at the centre.

“While my wife was on my lap, another two, three officers came and pulled my legs, and put me on the floor.

“Whilst we were on the floor, Serco officers were pulling her wrist. There’s another officer pulling her from the shoulders.

“Then another pulling her from the tummy.

“What they did to her was so cruel. Nobody would do that to a pregnant woman in this world.”

Serco said that a complaint surrounding the allegation of physical restraint had been made six months ago, and that they could not comment while it was being investigated.

Another former detainee said she had witnessed a woman being forced to crawl on her hands and knees to an office where a wheelchair was kept, because an officer refused to bring it to her room.

“The lady was crawling. I saw this.

“And after she had used the wheelchair, the officer said ‘sorry, the chair has to stay in the office’.

“And on the way back, crawling,” said the woman, from a South American country, who also did not want to be identified.

Serco denied there were insufficient resources for wheelchair uses and pointed out that long term users normally brought their own.

The security company also drew attention to a recent report by the prisons watchdog that found “staff treated inmates with respect” and found no evidence of a “widespread abusive or hostile culture amongst staff”.

There has been renewed focus on the treatment of migrants in recent weeks.

The report by MPs was critical of the use of detention for vulnerable groups including refugees and trafficked women.

Detainees also spoke of the arbitrary nature of their detention, which came without warning and resulting in them being ultimately released back into the community.

“At Yarl’s Wood twice as many people are released back into the community as are removed which really raises the question, why are they detained in the first place?” said Emma Ginn, co-ordinator of charity Medical Justice.

“They are dangerous places, which cause serious harm to detainees.”

The Home Office said it was working to improve standards at Yarl’s Wood.

“We are committed to treating all detainees with dignity and respect,” said a Home Office spokesperson.

“Detention and removal are essential parts of effective immigration controls, helping to ensure that those with no right to remain in the UK are returned to their home country if they will not leave voluntarily.”