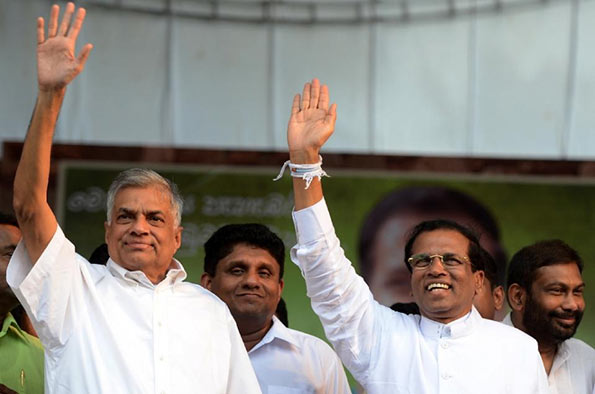 Sri Lanka’s opposition said Friday it has filed a motion of no confidence in the country’s new prime minister, a move likely to hasten the dissolution of parliament in the politically divided country.

Ranil Wickremesinghe took over this year at the helm of a new minority government that has depended on the opposition’s support to push through political reforms.

But he has also launched a series of investigations into alleged corruption by the country’s former rulers — now in opposition — and would be all but certain to lose a no-confidence vote in parliament.

The no-confidence motion already has the support of 112 of the 225 members in the house.

“We have listed several charges against the prime minister, including the use of the police against his political opponents,” opposition spokesman Manusha Nanayakkara told reporters.

Analysts say President Maithripala Sirisena may now be forced to dissolve parliament and call fresh general elections, which he promised when he was elected in January.

Sirisena appointed the then opposition leader Wickremesinghe as his prime minister soon after defeating former strongman president Mahinda Rajapakse, who had been in power from 2004.

Wickremesinghe’s United National Party had depended on opposition support to bring about constitutional reforms, but the two sides are poles apart when it comes to investigating past actions of Rajapakse’s regime.

Rajapakse’s younger brother, former Economic Development minister Basil, is already in custody in connection with misappropriating state funds, while several other immediate family members are also under investigation for corruption.

Parliament passed reforms in April to curb the powers of the president, including restoring a two-term limit — reversing changes made by Rajapakse during his rule.

But the ruling UNP was forced to compromise on other reforms to secure the support of the opposition, whose votes were crucial to gain a mandatory two-thirds majority in parliament.