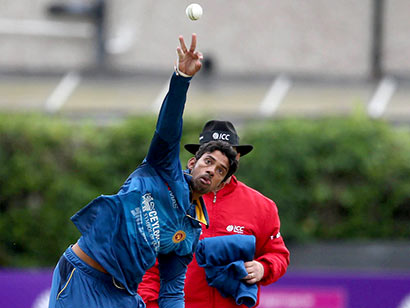 Senanayake was reported by umpires Ian Gould and Marais Erasmus during Sri Lanka’s tour of England last month, following which his bowling action was scrutinised by the ICC. However, Sri Lanka had selected the spinner for the first two ODIs in the home series against South Africa.

The report, which concluded that the off-spinner bowled with an illegal action, will be referred to the Sri Lankan Cricket Committee for their recommendation.

The 29-year-old spinner has played in 37 Tests and picked up 40 wickets. He made his Test debut against Pakistan in Abu Dhabi in 2013, where he failed to take a single wicket.