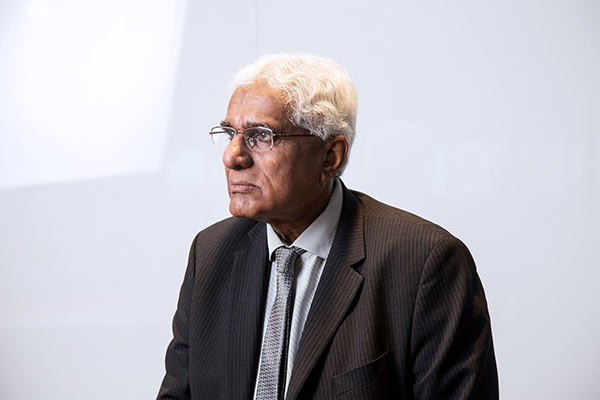 Sri Lankan central bank Governor Indrajit Coomaraswamy said he submitted his resignation earlier this month and plans to leave his post in December.

The decision was due to personal reasons and not related to recent political changes following last week’s election, Coomaraswamy said by phone from Colombo. He’ll chair his final monetary policy decision on Nov. 29 and leave the bank on Dec. 20, he said.

“I tended a letter of resignation on Nov. 4. It has nothing to do with elections and politics,” he said. “It has been in the making” since last year, but had been put on hold due to the 2018 political crisis and April terror attacks, he said.

Under his leadership since July 2016, the central bank has raised interest rates to a six-year high to curb inflation and took measures to stem the currency’s slide. The bank cut rates twice this year after economic growth took a knock from political turmoil and the Easter Sunday bomb attacks, which hurt tourism to the island nation.

Sri Lanka’s presidential election this month was won by Gotabhaya Rajapaksa, brother of strongman President Mahinda Rajapaksa, who ruled from 2005 to 2015.