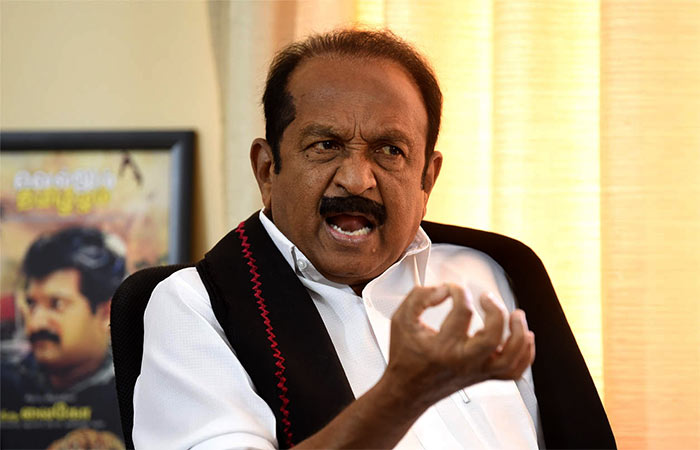 MDMK general secretary Vaiko on Saturday said he will lead a demonstration in New Delhi on November 28 against Sri Lankan President Gotabaya Rajapaksa’s visit to the country, the Hindu reported.

In a statement, he alleged that Mr. Gotabaya Rajapaksa was, in his capacity as Defence Minister in then President Mahinda Rajapaksa’s Cabinet, responsible for the “ruthless killing of Tamils” during the Sri Lankan civil war.

“He has become the President and handed the Prime Minister’s post to Mr. Mahinda Rajapaksa. He has ordered patrolling by the Army in Tamil areas,” Mr. Vaiko said.

Failing to take into account the sentiments of eight crore Tamils, the BJP government at the Centre had invited Mr. Gotabaya Rajapaksa to India, in what will be his first official visit to a foreign country after coming to power, the MDMK leader noted.

2 Responses to Vaiko to lead protest against Gotabaya’s visit