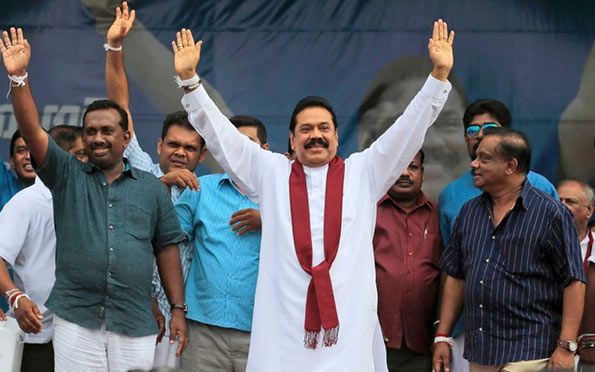 Mahinda Rajapaksa, once poised to be Sri Lanka’s president for life, is a desperate man these days. At stake is not just his own political future, but that of an entire dynasty and a network of supporters he founded at every level.

A shocking loss to a former ally in the January election he had himself called two years ahead of schedule has hit his once powerful family’s fortunes hard. It seems only a political revival may offer them some hope of protection from the slew of corruption and other criminal charges they now face.

So Rajapaksa is in the race in this month’s election for prime minister, a job only second to that of president.

While in power, he created a powerful narrative of the warrior king and the savior of his people who led a successful military campaign against separatist Tamil Tiger rebels to end a decades-long civil war. He also abolished the two-term limit for presidency, enabling him to stay in power for life or until his eldest son, who he was grooming, was ready to take over.

And he consolidated all power among a tight coterie of friends, family and loyalists, taking control of the Parliament, courts and all state institutions.