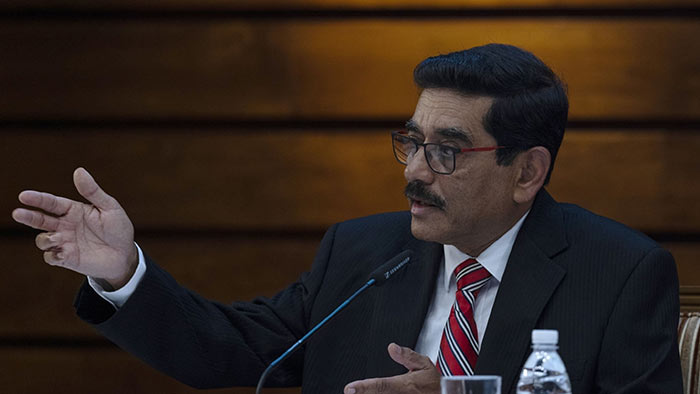 Sri Lanka’s inflation is expected to significantly cool in the coming months after peaking near 70% this year, and the nation may gradually relax a currency band as inflows improve, central bank governor Nandalal Weerasinghe said.

Consumer price gains “will continue on the disinflation path,” Weerasinghe said at a CT CLSA investor forum in Colombo on Monday. He added that inflation is expected to ease to 4%-5% by the end of 2023 and the central bank’s monetary policy transmission is working. As foreign currency inflows improve, the government can also gradually relax a currency band since the nation needs a flexible exchange rate for inflation targeting, he said.

The troubled South Asian economy has raised borrowing costs by 950 basis points this year, taking the key rate to 15.5% as inflation surged to become Asia’s fastest. Prices, however, cooled in October for the first time in a year amid improving domestic supply conditions and tighter monetary policy.

“The central bank has more space now with monetary aggregates coming down,” Weerasinghe said. “2023 will be a year of recovery for Sri Lanka.”

He said the monetary authority wants to convince lenders to bring down market rates as inflation eases. The central bank is willing to support the liquidity stresses of lenders caused by a contracting economy.

Sri Lanka’s rupee declined to the lowest in more than six months on Monday, falling 0.7% to 369.59 per dollar.

The next important step for the crisis-laden country is to complete its debt restructuring, Weerasinghe said. Local authorities are currently progressing in talks with Paris Club and non-Paris Club members.

The government wants to secure International Monetary Fund board consent for a bailout program in January, said the governor, adding that an earlier deadline of December may be too tight.

The South Asian nation would be able to rebuild its reserves with the IMF program in place, which would also spur lending by the World Bank and Asian Development Bank.

Sri Lanka’s foreign exchange reserves slipped to $1.70 billion at end-October, from $1.77 billion the previous month when it rose slightly, as the government tapped into the pile to pay for food and fuel.