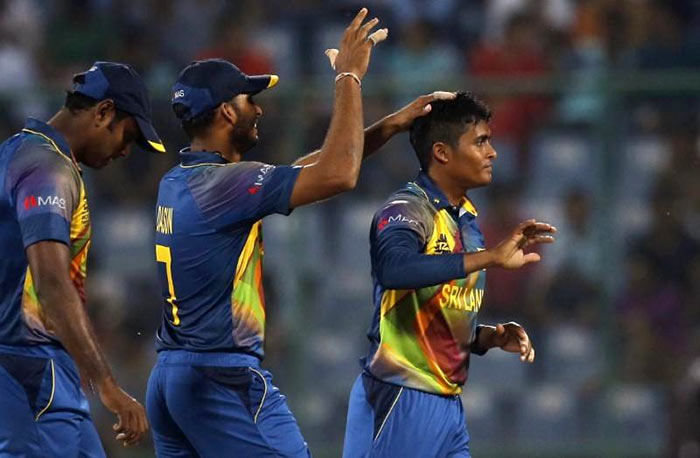 Sri Lanka leg-spinner Jeffrey Vandersay has been punished with a one-year suspended ban and fined 20 percent of his annual contract after admitting a misconduct charge, the country’s cricket board said on Friday.

Vandersay’s tour of the West Indies was cut short on June 23, before the third and final Test, when he was sent home due to a disciplinary breach.

ESPNcricinfo reported the 28-year-old was charged by the Sri Lanka cricket board following the second Test in St Lucia after failing to report back to the team hotel following a night out.

“Vandersay was imposed with the punishment, following the player’s admission of guilt over the incident,” Sri Lanka Cricket (SLC) said in a statement.

“SLC has also informed the player that during the period of serving the aforesaid suspended sentence, any breach of the contractual obligation shall be severely dealt with together with the suspension.”

Vandersay will be suspended from all forms of cricket for a year if there is another breach of his contractual obligations within the next 12 months.

Vandersay has played 11 one-dayers and seven Twenty20s for Sri Lanka since his debut in 2015.