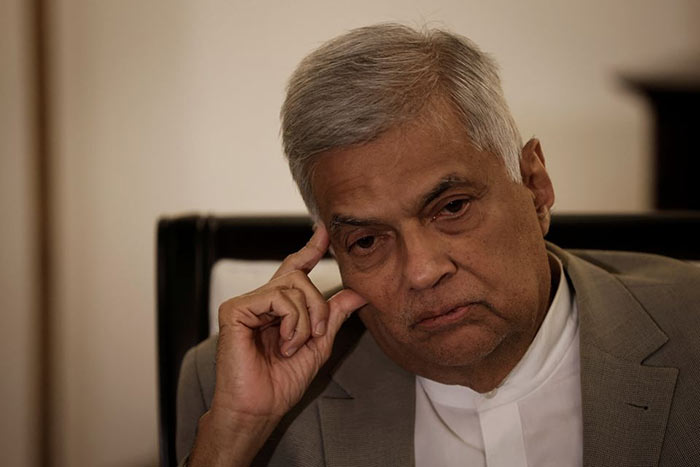 Sri Lanka’s main opposition leader withdrew from the presidential race on Tuesday and promised support to a low-profile politician from the ruling party who will take on acting president Ranil Wickremesinghe in a tight contest.

The 225-seat parliament votes on Wednesday to choose the new president, who will lead efforts to address the country’s economic and political collapse. The house finalised three candidates on Tuesday.

It was not immediately clear how much support the two leading candidates, 73-year-old Wickremesinghe and 63-year-old Dullas Alahapperuma, had in parliament.

Wickremesinghe is deeply unpopular among protesters who stormed his office and official residence earlier this month when he was prime minister, along with those of ousted president Gotabaya Rajapaksa. Nevertheless, Wickremesinghe is backed by a faction of the ruling party to be president.

Former journalist and five-time lawmaker Alahapperuma has the support of a separate faction of the ruling Sri Lanka Podujana Peramuna (SLPP) party as we all many in the opposition.

Protesters, angered by months-long shortages of fuel and food and rocketing prices after the country nearly ran out of dollars for imports, came out on the streets on Tuesday against Wickremesinghe’s candidacy.

Outside Colombo’s main railway station, a group of several hundred protesters shouted slogans against the Rajapaksa family and Wickremesinghe, who they see as the family’s candidate.

“We are protesting again Ranil. He is a corrupted man,” said Duminda Nagamuwa, one of the protest organisers. “If Ranil comes we cannot have stability.”

As parliament met to finalise nominees for the post, opposition leader Sajith Premadasa said he had dropped out of the race and would support Alahapperuma.

“For the greater good of my country that I love and the people I cherish, I hereby withdraw my candidacy for the position of president,” Premadasa said on Twitter.

He said his main opposition Samagi Jana Balawegaya party and “our alliance and our opposition partners will work hard towards making” Alahapperuma the winner.

Alahapperuma is seen as more acceptable to the protesters than Wickremesinghe.

“I am a trustworthy politician who can build consensus not only across party lines in parliament but can get the support of religious leaders, young political activists, professionals and the wider public,” Alahapperuma said in a statement announcing his nomination last week.

Six-time prime minister Wickremesinghe took over as acting president last week after a popular uprising against the rule of the Rajapaksa family forced Gotabaya Rajapaksa to flee to Singapore and resign.

The third presidential contestant is Anura Kumara Dissanayaka, the leader of the leftist Janatha Vimukti Peramuna party, but he is not believed to have a realistic chance since his party and allies have only three seats in parliament.

The next president will complete Rajapaksa’s term that was scheduled to end in 2024.

Hit hard by the COVID-19 pandemic and tax cuts by the Rajapaksa government, tea-growing Sri Lanka is in the midst of its worst economic crisis since it won independence from Britain in 1948.

Inflation of over 50% and shortages of food, fuel and medicines have brought thousands onto the streets in months of protests that culminated in Rajapaksa’s ouster and forced the country to seek help from overseas.

India is willing to make more investments in Sri Lanka after supporting it with $3.8 billion this year, New Delhi’s envoy in Colombo told the Indian Express newspaper.

“The idea is to respond to Sri Lanka’s requests for enabling them to meet their foreign exchange crisis,” said Gopal Baglay, India’s high commissioner in Sri Lanka.

“We would like to continue to bring more investment into Sri Lanka because that will help create medium- and long-term capacity to respond within the Sri Lankan economy.”