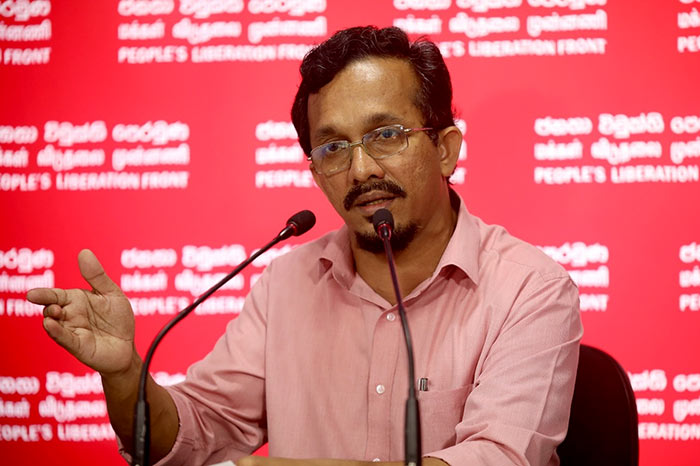 The JVP says senior officials at government institutions are resigning as a result of the state mechanism being controlled based on the needs of several persons affiliated to the government.

Speaking to media JVP Politburo member former Parliamentarian Sunil Handunnetti claimed the Chairman of the Paddy Marketing Board and the Executive Director of the Consumer Affairs Authority resigned due to political interference.

He added this indicates that there are individuals within state institutions who use extensive power to engage in underhand dealings with the government.

Handunnetti said the resignations have led to a crisis, as a result of pressure being exerted on individuals to reach decisions.

Handunnetti said it is a serious challenge at a time the country is facing a pandemic.

He added this is also evident through the COVID-19 Technical Committee, when several important officials stepped down.

Handunnetti claimed the Rajapaksa regime must be held responsible for the impact it will have on the country.