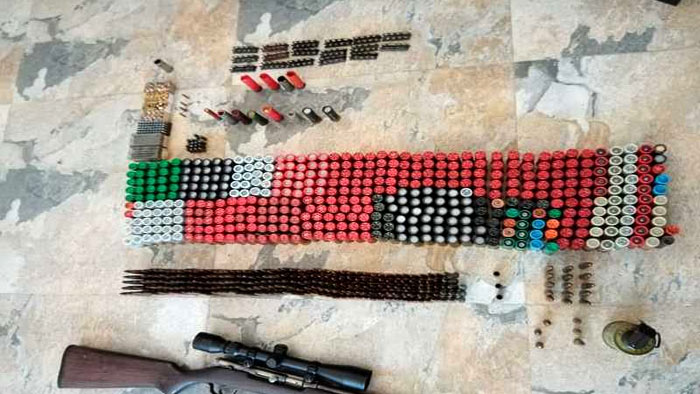 The Police Special Task Force has seized a cache of weapons and ammunition from an illegally maintained arms storage in Miriswatte, Katana.

Reportedly, 08 weapons and 1,171 rounds of live ammunition were among the recovered items.

Police Spokesman DIG Ajith Rohana said a 60-year-old has been arrested over the cache of weapons this morning and has been produced before the Katana Police.

Further investigations into the matter are currently underway.