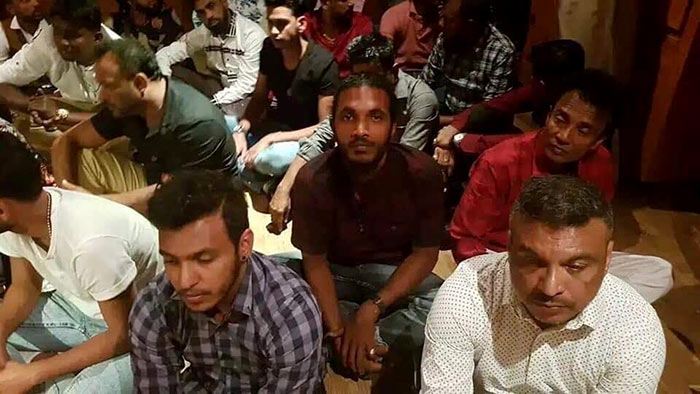 The Police Special Task Force (STF) and Police Narcotics Bureau (PNB) have searched the houses belonging to popular singer Amal Perera and actor Ryan Van Rooyen, who were both arrested in Dubai along with Sri Lankan drug kingpin ‘Makandure Madush’.

Two empty cocaine pouches have been recovered from the residence of singer Amal Perera, who was arrested in Dubai along with the notorious underworld leader on Tuesday (5).

The officers of the STF and PNB conducted a search at the singer’s residence located in Maharagama area this evening (07).

Meanwhile in a search operation at the residence of actor Ryan Van Rooyen in Dehiwala, the STF officers have discovered a travelling bag with a false compartment as well as a digital scale.

The actor’s brother was, reportedly, also taken into custody.

Actor Ryan Rooyan is also among the 25 suspects arrested during a joint operation in Dubai carried out by Dubai Police and Sri Lankan law enforcement officers.

It was previously reported by the police that Amal Perera’s brother was also arrested following the search of his home.

However, Amal Perera’s brother Sohan Perera says that he has not been arrested and that he is still at his residence in Boralesgamuwa.