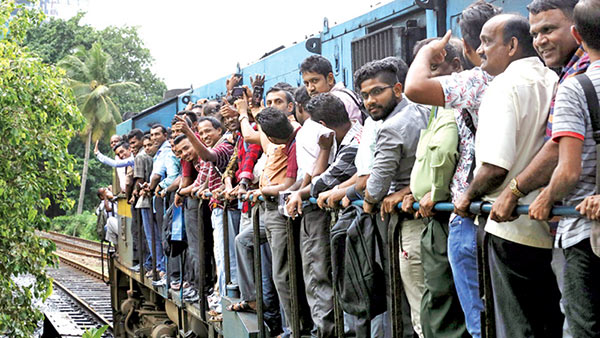 State Minister of Transport Ashoka Abeysinghe says that railway employees who had failed to report to work without giving prior notice will be considered as having vacated their respective positions.

Meanwhile the Railway Locomotive Engineers Union says that considering the hardships faced by public due to the strike, steps will be taken to operate trains using the engineers from tomorrow.

However, the strike launched by several trade unions of the Rilway Department had continued for the seventh straight day today, inconveniencing hundreds of thousands of commuters across the country.

Only 12 office trains had reportedly operated this morning.

The strike was launched by six sections of railway trade unions on September 25 over salary discrepancies.