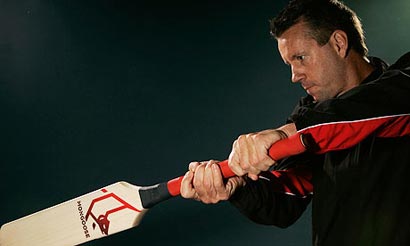 Law had been assistant to the outgoing Trevor Bayliss since November 2009 and will take the reins for next month’s tour of England.

Bayliss, who had been in the job for four years, announced his intention to leave prior to the recent World Cup.

“We have asked Law to take over until we finalise our hunt for Bayliss’s successor,” a Sri Lanka statement read.

Law, a stalwart of Queensland’s line-up for over 10 years, played one Test and 54 one-day internationals for Australia.

The 42-year-old also spent time in English county cricket with Essex, Lancashire and Derbyshire, gaining British citizenship, and had assisted Bayliss since 2009.

He will be responsible with bringing order to a team in the midst of a testing time following their six-wicket loss to India in the World Cup final.

Sangakkara resigned as Sri Lanka’s one-day and Twenty20 captain with immediate effect, but has offered to continue as Test skipper in the short-term until a suitable replacement is found.

Sri Lanka’s tour of England, which includes a three-Test series and five one-day internationals, starts in mid-May with the first Test beginning on 26 May in Cardiff.