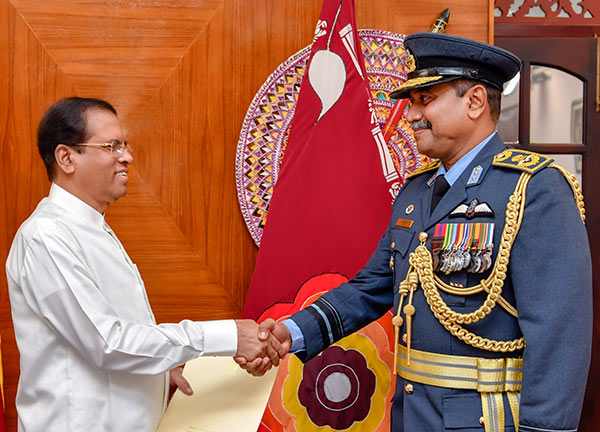 Air Marshal D L Sumangala Dias has been appointed as the 17th Commander of the Sri Lanka Airforce.

The new Commander received his letter of appointment from President Maithripala Sirisena this morning (May 29) at the President’s Official Residence in Colombo.

Air Chief Marshal Jayampathy took over as the 16th Commander of the Sri Lanka Air Force on 12 September 2016.