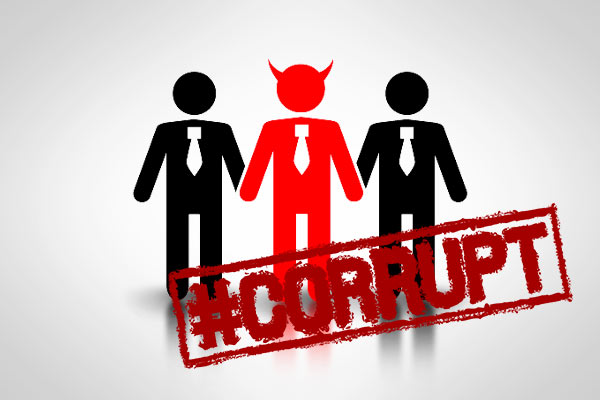 Surveys done on the public sector by the Commission to Investigate Allegations of Bribery or Corruption (CIABOC) have revealed that 25 percent of public sector officials are corrupt.

CIABOC Commissioner C. Neville Guruge addressing the media and civil society members at an event held at the Movenpick Hotel, Colombo on Monday night said the remaining 75 percent were ‘clean’ but their voices were drowned by the 25 percent, “They have been cornered, the clean have not been given a place in the public sector”, he said.

The event was held to gather views of the media and civil society members on the drafting of a National Action Plan to Eliminate Bribery and Corruption. The proposal to formulate one received cabinet approval recently and CIABOC stated that they expected to prepare one within the next three months.

“We also see that in any institution where there is rampant corruption, there are weaknesses in the leadership. If the head does not lead by example, if he/she is not strict about curbing it in their respective institutions, the situation is bad”, said Guruge.

He further explained that of the 25 percent who are corrupt, 15 percent can be reformed, but the remaining 10 percent were so entrenched in such practices that only legal action worked, “This 10 percent does not want to change, they are not interested. Legal action must be taken against them”.

“Honesty is not only refraining from taking bribes. It is a wide subject. If someone is taking a salary but is not working, he is shirking his responsibilities. Simply coming to work on time and leaving early having done nothing is also being dishonest”.

The CIABOC which is expected to focus on awareness and preventive methods to curb bribery and corruption, said they have launched several programmes in schools to mould the mindsets of children. Integrity clubs have been planned in schools to instil values of integrity and honesty, “We have to start from the beginning otherwise we will also lose the next generation to this menace”, said Guruge.