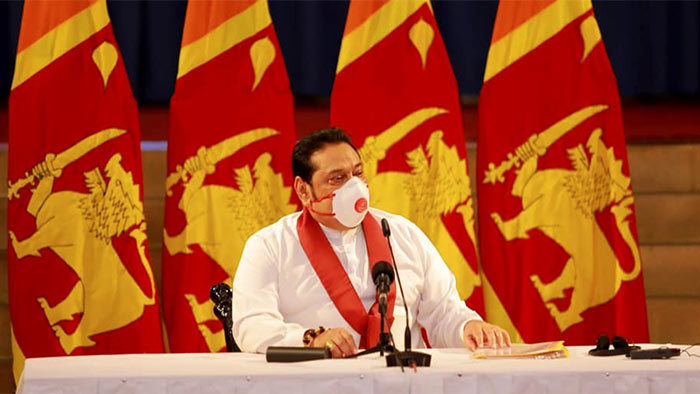 Monday’s meeting convened, at Temple Trees, to discuss the future course of action as regards the country’s fight against COVID0-19, had badly exposed those who boycotted it, Prime Minister Mahinda Rajapaksa said, yesterday.

Rajapaksa thanked the TNA for having attended the meeting to express its views on the difficulties faced by the Tamil people and made a meaningful contribution to the discussion on the anti-Covid-19 campaign.

“The TNA could attend the meeting, but the JVP and others in the Opposition did not want to come because they are not interested in making a contribution to the battle against coronaviurs. They do not want to find a solution. They are demanding the reconvening of Parliament not to find any solution but to seek political expediency.

The meeting of former MPs convened by Prime Minister Mahinda Rajapaksa to brief them on the steps the government had taken and intended to take to counter COVID-19 in the country got underway yesterday morning at Temple Trees.

Prime Minister Rajapaksa said no financial aid had been received from foreign countries for fighting Covid-19.

Attygalle said the World Bank had agreed to provide financial aid to the tune of USD 127 million, but the country had not yet received the amount. He said it would be received in the near future and funds would be utilised to cover the expenses of the Health Ministry and the COVID-19 eradication campaign.

PM Rajapaksa said the proposals and ideas of the former MPs would be taken into consideration when measures were adopted in the future to restore normalcy in the country. A majority of former MPs said the number of PCR tests conducted daily should be increased and that they could even donate a month’s salary to the fund set up to finance the battle against Covid-19.

The Prime Minister’s Office said that some political parties, represented in the dissolved Parliament, had attended the meeting.

Prime Minister’s Secretary Gamini Senarath, senior Government officials including the Treasury Secretary, senior officials from the health sector, tri forces commanders and members of the Presidential Task Force on COVID-19 were also present at the meeting.

(Source: The Island – By Norman Palihawadane) 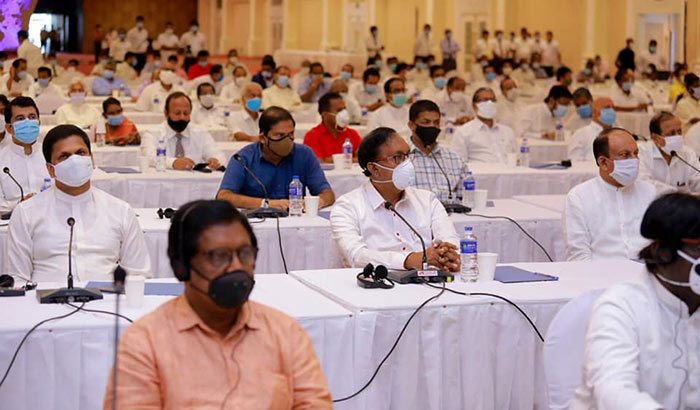