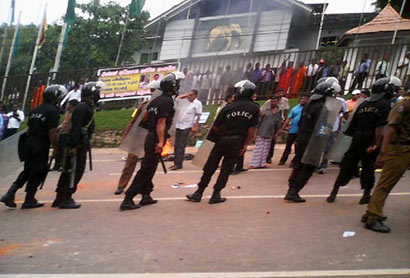 A tense situation prevailed in front of the UNP headquarters, Sirikotha in Kotte due to a clash between UNP supporters and members of the Federation of National Organizations who were protesting there.

The organisation had been protesting against an alleged agreement signed between UNP National Leader Ranil Wickremesinghe and common opposition candidate Maithripala Sirisena.

The protest by a group called Federation of National Organisations commenced in front of the Sirikotha around 10.15 a.m.

With tensions rising there were verbal exchanges between the UNP group that was at the Sirikotha and the protesters outside.

After sometime, stones were pelted at each other. The clashes erupted when the pro-UNP group came out of the building and countered the protest staged by the pro-government group.

Black or waste oil was thrown and the two groups had beaten each other using wooden clubs. The clash lasted around one and half hours and finally the Police riot squad was also brought in to quell the clash. 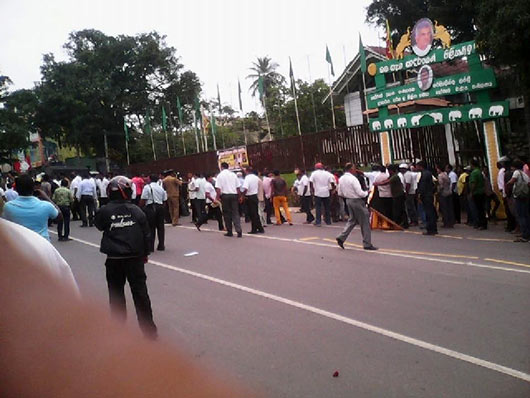 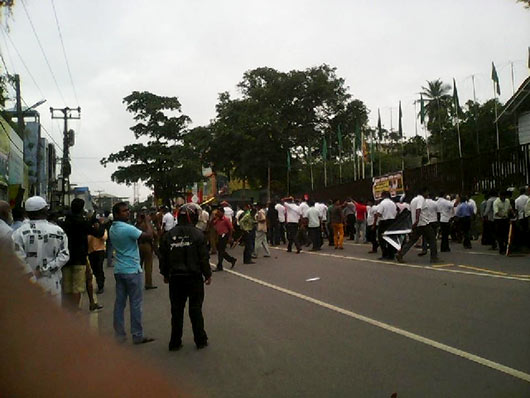 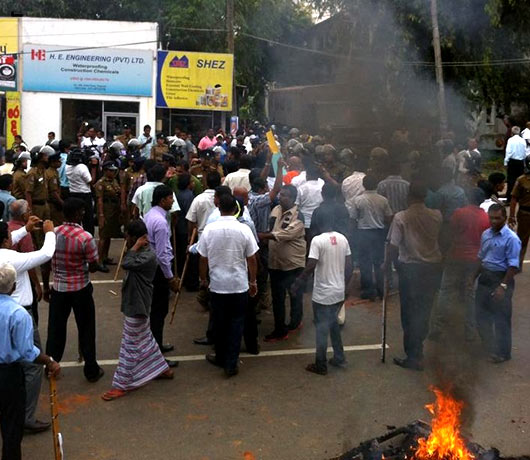