The need to treat legends with dignity 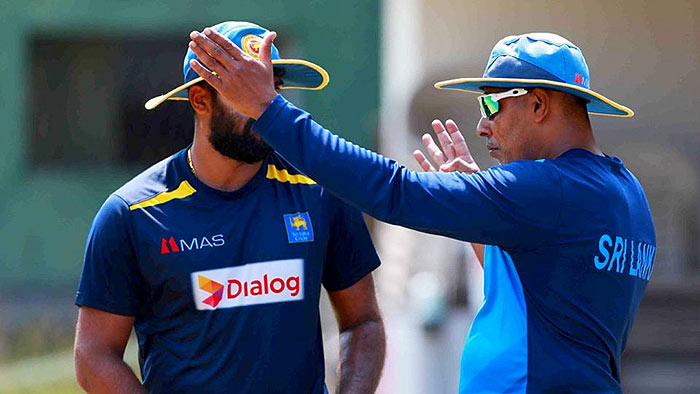 The scathing remarks of Professor Charitha Herath during a COPE hearing pertaining to Sri Lanka Cricket exposed severe deficiencies in our cricket administration and the public could get a firsthand experience of how poorly the sport has been run as Sri Lanka Cricket (SLC) took on former great Chaminda Vaas earlier this week.

Rather than sorting matters out behind closed doors, like it happens in professional environments, SLC opted to wash dirty linen in public and did not adhere to the best of corporate practices.

When the national cricket team’s Fast Bowling Coach David Saker left Colombo in January without informing his employers, SLC treated the Aussie with kid’s gloves. The board even didn’t mind going for an amicable settlement.  Saker is a proven coach and SLC needs to be commended for the way they handled matters.

However, two weeks later, they were on the war path with another fast bowler – Chaminda Vaas. Was Vaas treated in that way because he is a local?

Interestingly, the decision that Vaas will replace Saker for the tour of West Indies was taken in the second week of February. But SLC had little communication with Vaas. Instead, they issued a media release announcing his appointment. But, the terms and conditions had not been discussed as it would happen in a professional environment.

Vaas was officially informed only on Friday, 72 hours before the team left for the Caribbean.

In previous instances when other coaches had to come in as replacements, SLC had compensated them handsomely. Nic Pothas is an example. When he replaced his former mentor Graeme Ford as Head Coach in 2017, the board paid him well. So why not Vaas? Again it’s back to square one. Is it because he was a local? Black lives do matter.

What Vaas wanted was a raise of his daily allowance from US$ 75 to US$ 200. What it meant was a raise of US$ 5000 for the entire tour of the Caribbean. But SLC chief Shammi Silva was not willing to negotiate. He would not budge an inch from his stance, which was go on the tour and come back and then we shall negotiate. Rather than taking the nation’s most successful fast bowler head on, Silva could have been better off had he handled matters diplomatically.  But he did not. It has been claimed that he refused to meet Vaas. SLC has denied.

SLC officials claimed that they were willing to pay Vaas a sum of Rs. 750,000 on his return from the trip. Although it is slightly less than what Vaas had asked for, the former fast bowler would have been foolish to turn down that offer. Here’s the next interesting question. There have been several e-mail exchanges between Vaas and SLC. Did in any of those exchanges SLC mention that he will be paid the said Rs. 750,000?

There have been similar crises in cricket before. There are individuals within SLC who have handled matters completely differently.

Jayantha Dharmadasa was President of SLC when suddenly the selectors decided to fly in Sanath Jayasuriya as an additional player to England in 2006.  The team and in particular Head Coach Tom Moody resisted. Dharmadasa intervened and drove home the point that having Jayasuriya in England early could turn out to be productive as he could acclimatize and be ready by the time the limited over games come. True to form Jayasuriya was in red hot form and slammed two hundreds in the ODIs and was named Player of the Series as Sri Lanka completed a 5-0 drubbing.

Mohan de Silva, another former President of SLC had to face a similar predicament after the tsunami in 2004 when players were adamant to return home but New Zealand Cricket wanted the series to go ahead. De Silva did not antagonize the players and in the meantime dealt diplomatically with hosts New Zealand and promised that the team will return the following year to complete the series. Accordingly in 2005, Sri Lanka made two trips to Kiwi land – in March to play Tests and in December to play ODIs. It was a win-win situation for all.

Such diplomacy was missing in the case of Vaas. The media release that SLC put out should have only said the board and Vaas had parted ways. Instead, it went to minute details. It should not have happened.

SLC seem to be having not many supporters these days. Their biggest supporter seems to be Sports Minister Namal Rajapaksa, who took the side of the board addressing the Parliament. Namal needs to watch his steps here. As his Parliamentary colleague Professor Herath pointed out at the COPE hearing, the public does not have a good image of SLC.

2 Responses to The need to treat legends with dignity

Home » The need to treat legends with dignity