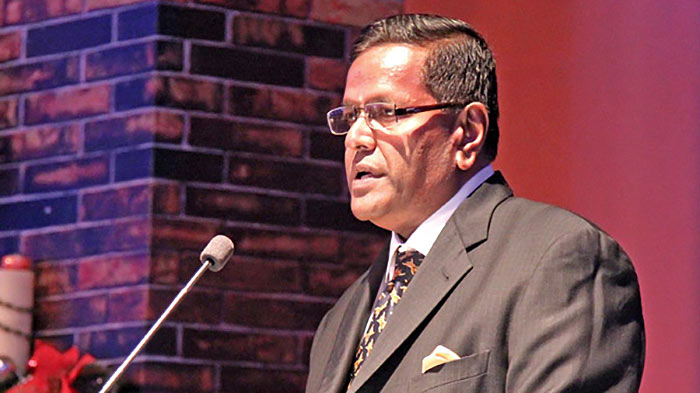 According to the interim financial statements of Cargills, Nadesan, as at September 30,2021, held nearly 600, 000 shares or 0.23 percent of the company, being its 18th single largest shareholder.

Nadesan and Nirupama have been named in the Pandora Papers released by the International Consortium of Investigative Journalists (ICIJ) for having various off-shore accounts/assets.

President Gotabaya Rajapaksa has instructed the Commission to Investigate Allegations of Bribery or Corruption to conduct an immediate investigation on the Sri Lankans named in the Pandora Papers.

Following the Pandora Papers expose, Nadesan wrote to President Rajapaksa calling for an independent investigator, preferably a retired Appeal Court judge, to be appointed to probe the matter.

“I assure your Excellency, that my wife and I are totally innocent and are guilty of no wrongdoings,” the letter said.
Meanwhile, another new entrant to the top 20 shareholders of Cargills was A. I. Dominic Antoine Indrajit, who had 1.96 million shares or 0.76 percent as at September 30, 2021.

Dominic Antoine is a Sri Lankan, who hails from Jaffna, and is one of the most successful luxury car dealers in New York.