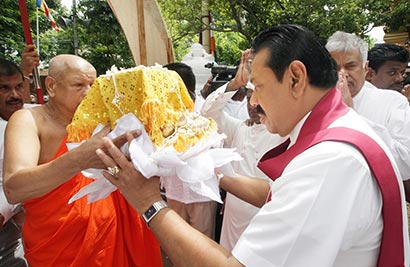 The Sacred Kapilawasthu Relics are now being in exposition around the clock at the Gangarama Temple in Hunipitiya, Colombo.  The public can pay homage to the Sacred Relics from noon today ( Saturday 08) to Tuesday 6.00 pm on September 11. This morning the Sacred Kapilavastu Relics were brought to the Gangaramaya, another main venue of the ongoing exposition of the Sacred Relics in Sri Lanka from the previous venue, Tissamaharama Rajamaha Viharaya.

The Sacred Kapilawasthu Relics have been accorded the status of a Head of State in Sri Lanka.  President Mahinda Rajapaksa, first lady Madam Shiranthi Rajapaksa, opposition leader Ranil Wickramasinghe, Namal Rajapaksa MP, Secretary to the President Lalith Weeratunga, ministers, parliamentarians and officials worshipped the relics at the Gangaramaya this morning. President Mahinda Rajapaksa and his elder son, Namal MP visited each one of the sites where the relics are on display. They have inspected arrangements personally and have offered worship.

The Chief incumbent of the Gangarama Viharaya Venerable Galaboda Gnanissara Nayaka Thero said that arrangements have been made for elders, pregnant mothers, mothers with small children and the differently abled to worship the relics without having to stand in line. Venerable Thero said the queues were in extent of over three kilometers and large number of devotees had already paid homage to the Sacred Relics at the Viharaya. The devotees waited patiently outside the temple in the extremely hot and humid weather that is prevailing in Colombo at present. Some devotees had come to the venue the day before and had spent the night outside the temple being exposed to the elements.

Earlier, the relics were brought to Galle Face in a special bulletproof helicopter and then a motorcade to the venue of the exposition. On arrival at Hunupitiya Gangarama temple in a colourful procession which was led by Buddhist flag bearers, colourful drummers and dancers the relics casket was handed over to the chief incumbent of Gangarama temple Ven. Galaboda Gnanissara Thero. President Mahinda Rajapaksa placed the relics in a special pavilion. All along the way, Jasmine flowers and lotus petals were strewn to welcome the Sacred Relics. A special Anusasana was delivered by the Mahanayake of the Asgiriya Chapter Most Ven. Udugama Sri Buddharakkhitha Mahanayaka Thero.

The venue of the exposition was decorated with Buddhist flags and hoardings. The temple surrounding wore a festive look with hoardings and buntings all around the streets. This is a normal sight that has become familiar across Sri Lanka since the Kapilavasthu relics arrived in the island from mid-August. Thousands of people, young and old, all clad in white, the colour associated with purity and peace among Buddhists, wait hours in the queues round the clock on end for a second’s glimpse of the Sacred Relics that Buddhists consider noble and divine. They all get just about enough time to offer their prayers and move on.

Venerable Dr Kirinde Assaji Thero said that Sri Lanka Transport Board as well as the Railways Department had taken measures to provide transport for the thousands of devotees that had flocked to Colombo. Ven Thero also stated that security was provided and ensured by Police and armed forces. Government and private organisations had organised ‘dansalas’ for devotees.

The relics came from their ‘home’ in India, the National Museum in New Delhi on August 20. According to the schedule, the Sacred Kapilawasthu Relics were to be brought back to India on September 5. However, in response to a request made from the Government of Sri Lanka, New Delhi agreed to extend the exposition of the relics by a week up to September 12, a large number of Sri Lankan devotees were able to pay homage to the Sacred Relics. However the relics will be taken to Kelaniya Raja Maha Viharaya for the final exposition.

The country, which had received scanty rainfall from the South-West monsoon, witnessed heavy showers after the relics arrived in Sri Lanka. Many worshippers both in government and lay people believe that relics brought the rains with them. However the opposition UNP has alleged that the government is deliberately taking it to places where provincial polls have been announced, while its leader Ranil Wickramasinghe has cast doubts over the authenticity of the relics. His remarks were drowned out by hundreds of leaders, big and small, from his own party and outside. 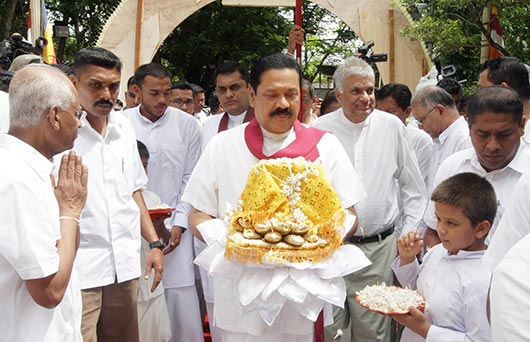 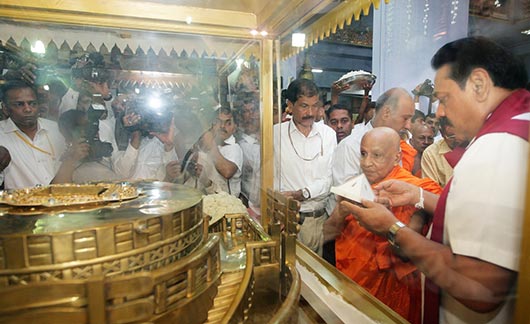 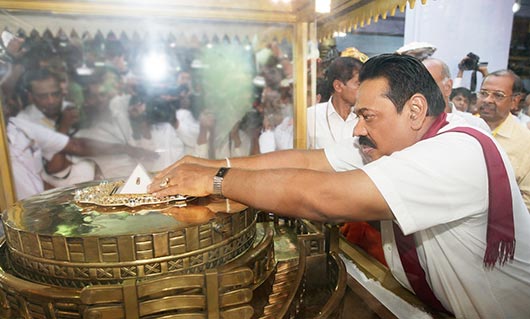 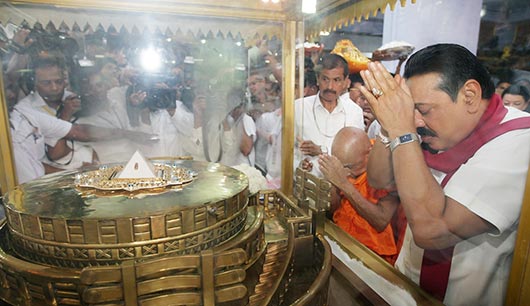 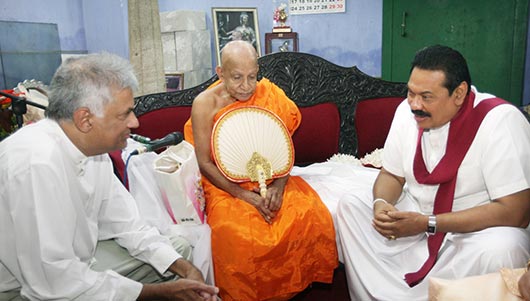 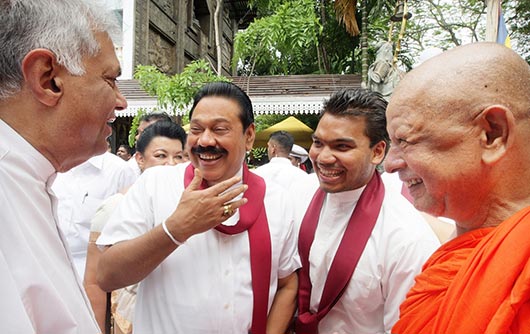