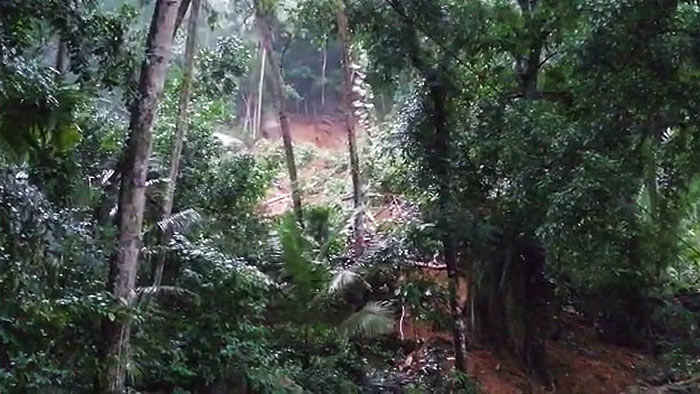 Three persons have died while another person has been hospitalised with injuries following an earth slip at Dombemada in Rambukkana Divisional Secretariat area in Kegalle District this morning (09).

According to the Kegalle District Secretary, the incident was reported after a mound of earth collapsed onto a house.

The Kegalle District Secretary said, a woman aged 36, her 8-year-old child and another 13-year-old girl had died in the incident.

The 40-year-old husband of the deceased woman who sustained injuries has been admitted to the Kegalle General Hospital.

The Disaster Management Center (DMC) said that a team of army personnel have been deployed in the area.