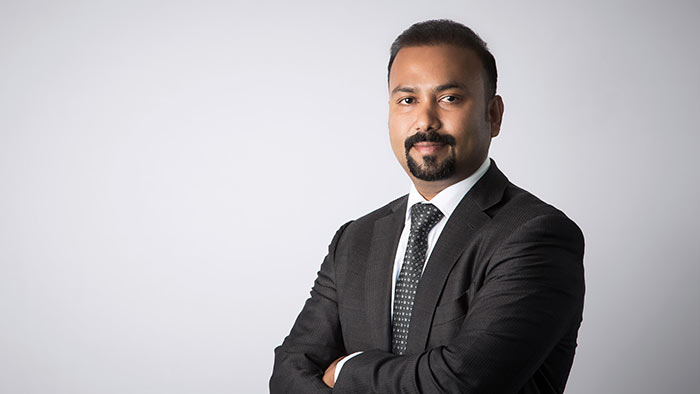 British-Sri Lankan businessman, Allirajah Subaskaran, who came under Opposition’s attack during the Yahapalana regime and was implicated on money laundering charges has arrived in the island and is currently staying at a star-class hotel, informed sources revealed. Reports confirmed that he entered the country from the VIP lounge of the BIA.

He is the Group Chairman of Lycamobile Company and came to the limelight by purchasing properties of Edirisinghe Trust Investment Limited including the Swarnavahini Media network during the Yahapalana rule.

It is noteworthy that the Presidential Commission mandated to investigate, inspect and report alleged wrongdoings, irregularities and malpractices of the Edirisinghe Trust Investments Ltd (ETI), in its report had implicated Subaskaranin the buying and selling of ETI properties as being illegal deals carried out between the two parties.

He is noted for allegedly pumping funds to the Tamil Diaspora.

Meanwhile, it was revealed that he has claimed ownership of the Jaffna Stallions, a team competing in the Lanka Premier League (LPL) tournament. On Sunday (7), he had thrown a gala party at a star-class hotel in Colombo where many VIPs and several politicians were seen in attendance.

Subaskaran had gone to Puthukuduyirippu yesterday (8), by air to take part in a special pooja held at a renowned Kovil there.

During the Yahapalana regime, the bigwigs  in the then Government took measures to handover the bankrupt EAP Media network to Subaskaran disregarding a local businessman who was the highest bidder.

Subaskaran has close links with the LTTE Diaspora and is facing money laundering charges in a number of countries. His Lycamobile network is blacklisted in many countries while his other group of companies is facing various sanctions. It was also reported that due to these reasons, he is persona non grata in many countries.

He was born in Mulliyawalai in the Mullaitivu District on 2 March in 1972 and became a business tycoon after pioneering the Lycamobile Company in 2006. He also established Lycamobile Productions in 2008 which produced many Tamil movies. His net worth at present is estimated at pound sterling 160 million which is equivalent to Rs 28,793 million (Rs 28.7 billion) and is currently ranked 640 in the list of rich people in the United Kingdom.