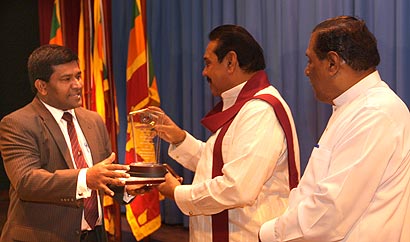 Three District Secretariats and seventeen Divisional Secretariats have won ISO 9001 International Certification as a recognition of providing a quality, efficient and high standard service to the general public in public administration sector in Sri Lanka.

This achievement of the government’s public administration sector was celebrated and President Mahinda Rajapaksa graced the award ceremony as the Chief Guest which was held this afternoon (08 January) at Temple Trees. Colombo, Kalutara and Hambantota are the award winning three District Secretariats felicitated at the ceremony. The District Secretaries, who were honoured, presented mementos to the President.

Addressing the gathering, the President said that the trust placed in the security forces in saving the country has been placed in public servants in building the country now. It is the people who pay for everything. So, everything had to be done for their welfare. Government officers should be ready to wipe out the tears of the people. The problem should be looked through their angle. He further appealed to the public servants to work on behalf of the people and provide a satisfactory, quality and efficient service for the general public.

ISO 9001 is the internationally recognised standard for the quality management of businesses and services. The ISO standard aims to improve quality and facilitate comparison on worldwide basis. It applies to the processes that create and control the products and services an organisation supplies, prescribes systematic control of activities to ensure that the needs and expectations of customers are met and is designed and intended to apply to virtually any product or service, made by any process anywhere in the world

Implementing such a System will motivate staff by defining their key roles and responsibilities. Cost savings can be made through improved efficiency and productivity, as product or service deficiencies will be highlighted. From this, improvements can be developed, resulting in less waste, inappropriate or rejected work and fewer complaints. Customers will notice that their requests, orders and services are met consistently, on time and to the correct specification. This can open up the market place to increased opportunities. 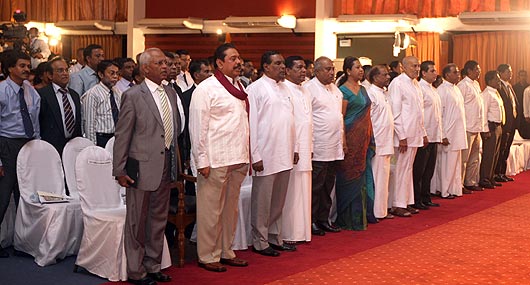