Three killed in an accident in Manampitiya 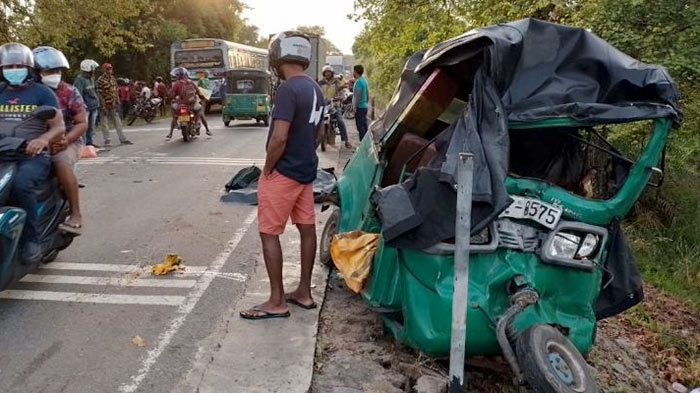 Three persons who were travelling in a three-wheeler were killed in a road accident in Manampitiya, Polonnaruwa early this morning (May 01).

The three-wheeler collided head on with the bus.

Police said a 70-year old three wheel driver, his 62-year-old wife and another 72-year old woman who are residents of Aralaganwila died in the accident.

The bus was heading from Polonnaruwa to the Batticaloa Teaching Hospital with the staff members, police said.

Preliminary investigations revealed that the three-wheeler crashed when attempting to overtake a bus that was heading in the Sam’s direction, with another bus which was coming from the opposite direction.

The driver of the bus involved in the accident has been arrested.

Home » Three killed in an accident in Manampitiya